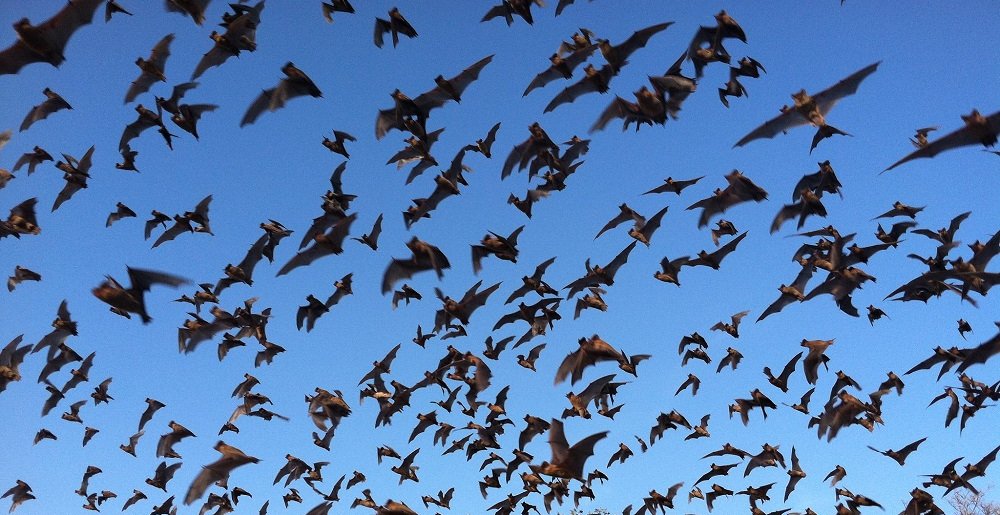 As If Bats Weren’t Already Cool as Hell, Now They Can Give Corpsegrinder a Run for His Money

In the latest case of “damn, nature you crazy,” we’ve now learned that bats are not only capable of the same vocal techniques that today’s death metal vocalists use to produce those insanely deep growls. And not only can they growl, but they do it to communicate with one another, not just to sound badass on stage.

According to The Guardian, scientists learned during a study on echolocation that bats apparently greet each other with the gutteral sounds. The discovery wasn’t even what researchers originally wanted to learn about bat communication, since their initial study was to find out how bats create the ridiculously high pitched noises they use to echolocate their surroundings.

During that research, scientists said they found a set of ventricular folds laying on top of the bat’s set of vocal chords. Professor Coen Elemans, who led the research at the University of Southern Denmark, said those same folds are very rarely used by humans, with only a couple of real exceptions.

“The only use in humans for these vocal folds is during death metal singing and Tuvan throat singing. The oscillations become very irregular, they become very rough, and that’s what you get with death metal grunting.”

Elemans also said that unlike some of the bat’s higher pitched frequencies, their more gutteral responses can easily be heard at certain times of the year.

“If you listen to a bat colony in the summer you can hear these calls very clearly. We don’t know the function of the calls, but they make them when they are annoyed with each other, and when they fly away or join a colony.”

According to researchers, bats have a range of seven octaves. Mike Patton has six, which further shows how absolutely bananas his abilities really are. The study on bat communication and echolocation was published in Plos Biology.

The bat story’s so big that Obituary’s John Tardy was interviewed by NPR to talk about what it’s like to sing death metal night in and night out.

“I mean, it’s from your abdomen to your chest to your legs to obviously a lot of your throat. But it is a full-body thing for me in order to do what I do… It can be, you know, strenuous because we do – you know, we usually play most nights, if not six nights a week. So it can be a lot. But I can tell you at the end of every night, I sleep like an absolute baby (laughter).”

So there ya have it. Bats are metal as fuck, though we already knew that, thanks to Zimmer’ s Hole on your asses. Sounds like they were ahead of their time with this one.

To say that Sanguisugabogg have had a big impact on death metal is a massive understatement, and luckily, the new record does not disappoint.

Origin dropped a lyric video for “Nostalgia For Oblivion,” one of the tracks from their latest, 2022 album ‘Chaosmos.’

Death doom giants Tchornobog and Abyssal dropped a split record with two tracks at over 20 minutes each. Check it out here.