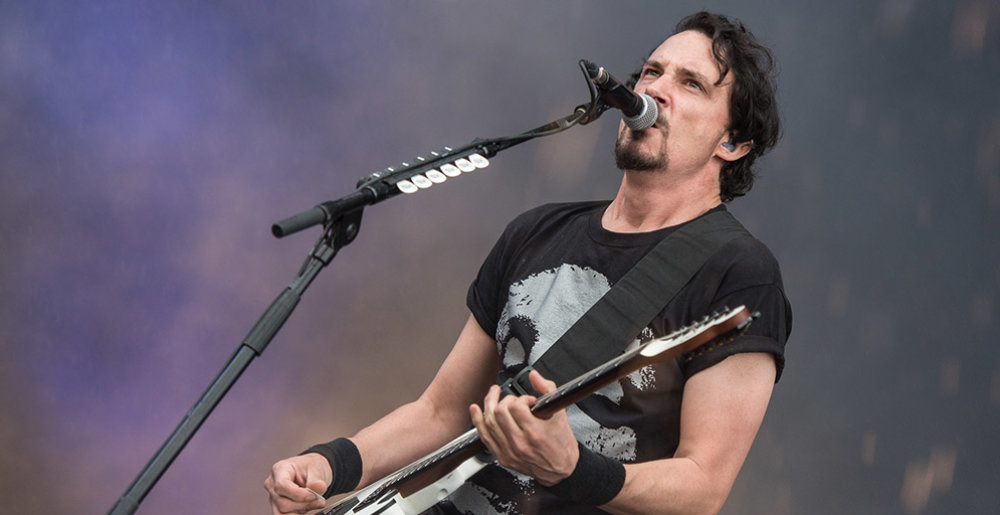 Being part of an internationally acclaimed metal band has got to be tiring. From all the touring, promotional work, long nights, countless hours on the road, and everything else that goes into it, it’s no surprise that Gojira frontman Joe Duplantier is thinking about taking some rest before working on the band’s next studio effort.

While speaking with Heavy (transcribed by Blabbermouth), Duplantier said the next natural step for the band was to record a new album, but that spending time with family and “recharging” was what he wanted to focus on in the immediate future.

“Yeah, that would be a very organic thing for us to do now, to concentrate on an album, ’cause we love putting out music and then going on tour and playing shows. So it’s kind of part of a cycle. It’s not a great surprise there, unless we call it a day and we split one day, and then there will be no more albums.

“It’s an intense life — it’s a very intense life — so personally I need to process what happened on the road and I need to spend time with the family. I can’t jump right back, like I used to do with the guys. Right after the last tour of a cycle, we would be in the studio the day after almost, writing stuff. But I love being in the studio, I love coming up with new ideas, but I really feel the need to be with my family more than ever.”

Gojira, who recently released a new song titled “Our Time is Now” most recently released Fortitude last year. That new track was used as part of the sound track for the somewhat annual hockey video game “NHL 23” back in October. While that would normally be followed by the announcement of a new album, Duplantier said the work will continue once conditions are right, otherwise the band could end up falling into a rut.

“Also, I would say this: before writing an album, I think it’s important to have something to say. So if you’re not recharged, you might repeat yourself or record songs in a weird state where you can’t hear anything ’cause your ears are shut. It could be dangerous, to produce bad albums.”