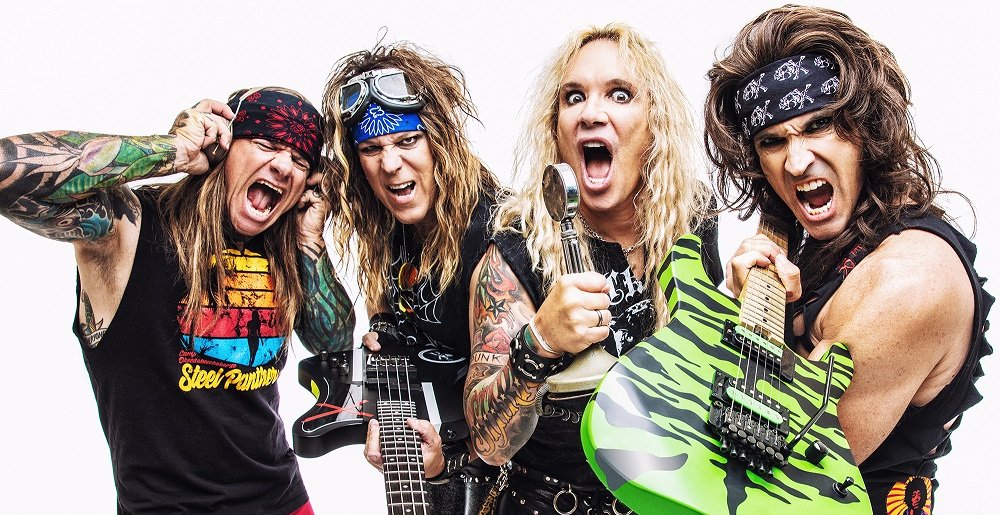 When Steel Panther first burst onto the scene in the early 2000s as Metal Skool, they were a hot act on the Sunset Strip, playing weekly shows at the Viper Room and playing hair metal covers. Then they became their Steel Panther alter-egos, released Feel the Steel and the act hasn’t changed since, even though the bassist has.

Enter today, where they’ve released the second single and music video off their upcoming album On the Prowl titled “1987.” If you’ve ever listened to any of their music over the last 20 years or so, then you know what you’re getting out of this song. Expect a lot of “man, remember when the 80s were cool and you didn’t have to worry about getting canceled over shit?” and “there was a time when MTV showed music videos and the glam metal scene made me question my sexuality.” Oh and don’t forget the ever popular “You’re always gonna be the best/Like fresh Colombian cocaine/Off a 19 year old breast.”

Oh right, that last line is an actual lyric from the song.

If you’re up for the joke and it hasn’t gotten old for you, then by all means enjoy the song and video below. There’s no denying that Michael Starr, Stix Zadinia, Satchel, and Spyder are phenomenal musicians. It’s just becoming all kinda same-y. And there are sure to be too many people who take the joke literally, having seen that first hand at a couple of their shows. I wonder where Casey Anthony lands in that whole conversation.

On the Prowl will release on February 24, 2023, but is currently available for preorder in multiple configurations and vinyl variants right now. The band have also announced a tour with Crobot and Tragedy, the dates of which will be posted below the video.

Steel Panther, On the Prowl

Metal Sucks Greatest Hits
0 -
Editorial: The Metal Community Must Stop Letting Phil Anselmo Off the Hook for His Racist Remarks
1480 -
Being in a Band is for Losers [Scientific Proof]
0 -
Op-Ed: Metal Vocalists Have Become Irrelevant
0 -
A Sh*tstain on the Ass of the Universe, #28: Lie or Liar
0 -
Clothing Chain H&M Creates Fake Metal Bands to Sell Merch, Releases a Song Called “Vaginal’s Juice Dripping into Cadaverous” [UPDATED: No, They Didn’t]
0 -
Verax’s Terrible “Time Wasters” is a Great Waste of Time