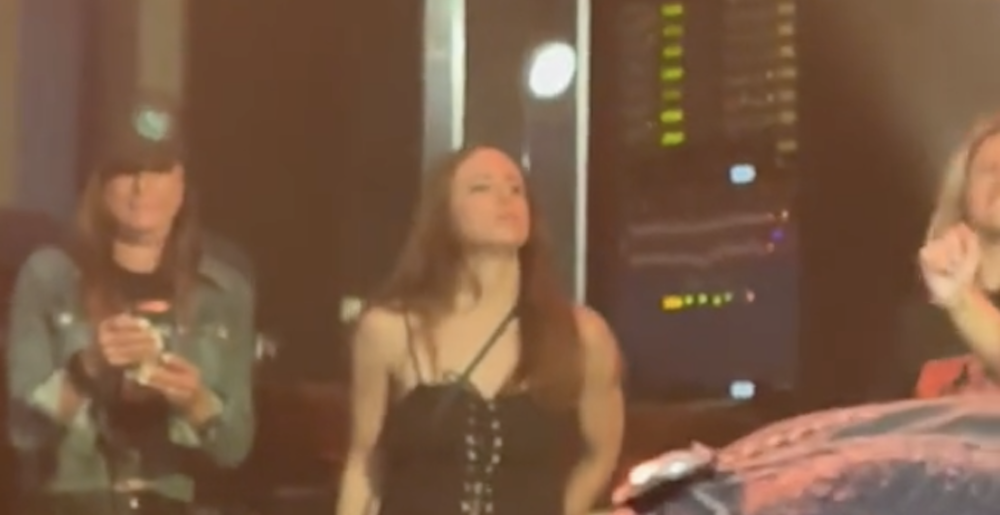 Today in sentences I never thought someone would pay me to type: in a TikTok posted yesterday by user sarahjeaniess, a woman who appears to be Casey Anthony—the defendant in a 2011 trial regarding the death of her two-year-old daughter, Caylee—was spotted dancing on stage at Steel Panther show that took place in Fort Lauderdale in March.

Anthony is the subject of a new Peacock documentary, Casey Anthony: Where the Truth Lies, where she speaks about the entire experience for the first time. When the murder and subsequent trial happened, there were many public opinions that she was responsible for her daughter’s death. She was found innocent but was found guilty on misdemeanor charges for lying to investigators about the circumstances of Caylee’s disappearance.

As Heavy Consequence points out, Steel Panther regularly bring women from the audience on stage, particularly during specific songs like “Seventeen Girls in a Row,” so it’s probable the band didn’t single anyone specific out.

Steel Panther are primed to release their next album, On the Prowl, in February. They are currently on tour. In September, they announced that temporary bassist Spyder would be going full time after longtime member Lexxi Foxx left in 2021. They miss him dearly, says singer Michael Starr.

“And we miss him. I fucking miss him. And we still stay in touch and talk. We talk just about every other day — just stay in touch with one another. I mean, we were together for 27 years, 26 years, and we know each other’s moms and dads and all of our cousins. We know everything about one another. So it’s been really, really sad not having him in the band, but I understand why he’s doing what he’s doing. And he was one of the smart guys — he saved up all his money. Not me — I’m still living at my mom’s.”