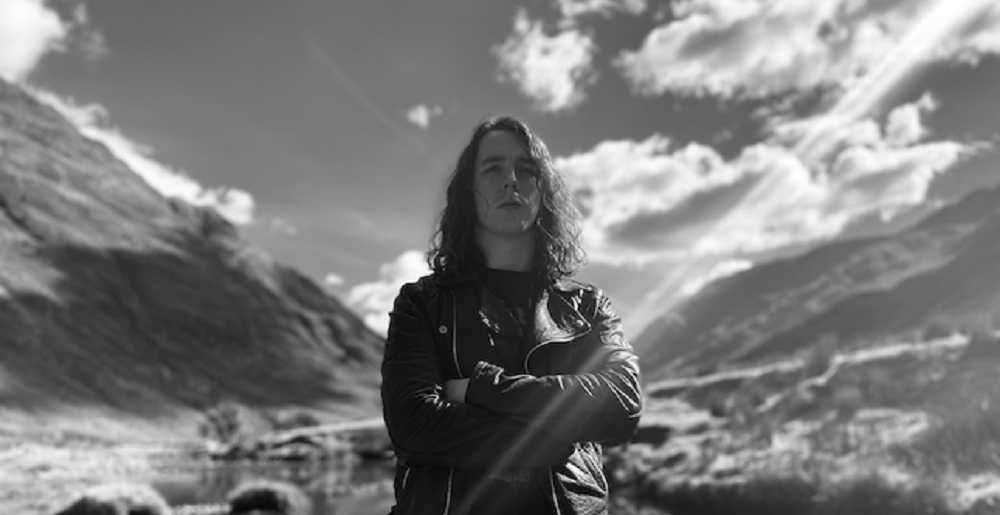 Scottish black/speed metal artist James McBain is returning once again as Hellripper, bringing with him a single of unfathomably dark and epic proportions to celebrate the announcement of a new studio release coming out next year.

The single, titled “The Nuckelavee” is one hell of a banger. From the moment you hit play, it just goes. There’s no pretense. No bullshit. It’s just in your face speedy, thrashy, black metal goodness that goes straight for the jugular as it warns you of your impending doom at the hands of an unknowable evil. The riffs are fast, the rhythms are pounding, and thanks to the lyric video posted below, the story is harrowing in all the right ways.

Releasing on February 17, 2023, Hellripper’s upcoming and third studio album Warlocks Grim & Withered Hags will be his followup to 2020’s The Affair of the Poisons. According to McBain, his music this time around is “inspired by the landscapes and legends of the Scottish Highlands…[and] the darker side of Scottish history and folklore.”

“I wanted ‘The Nuckelavee’ to be the first track released as it’s not only the album opener, but it is the song that I think best represents the overall sound and vibe of the record. It’s speed metal at its core but with a few twists. Lyrically, “The Nuckelavee” is based on the Orcadian tale of the eponymous creature – a grotesque and skinless horse-like demon that brings plague and death wherever it travels”

As you can tell from the track below, it’s all deliciously sinister and foreboding, as the excellent musicianship on display hurdles you toward the song’s conclusion.

Warlocks Grim & Withered Hags will release on February 17 in various formats via Peaceville Records, though you can preorder your copy today. For a full track listing, as well as some tour dates scheduled for next year, scroll below the video.

Hellripper will be supporting the release of their new album with live shows & festivals throughout 2023 – so far they have confirmed the following with more to be announced.

Hellripper is the Scottish one-man band you need to know.

Here’s your guide to all of this week’s heaviest new releases! Includes Greg Puciato, Ascension of the Watchers, Blue Oyster Cult, and more!!!

Metal Sucks Greatest Hits
1510 -
The Top 15 Reasons that Metallica are the Yankees of Metal
0 -
Is Facebook Trying to Extort Bands and Brands?
0 -
Op-Ed: When Did Slayer Start to Suck?
0 -
‘Til Death Do Us Part: Metal + Hard Rock Musicians’ Wedding Portraits
0 -
Debunking the Myth that Guitar Hero Made Dragonforce
0 -
Twenty Hard Rock and Heavy Metal Celebs’ Mugshots