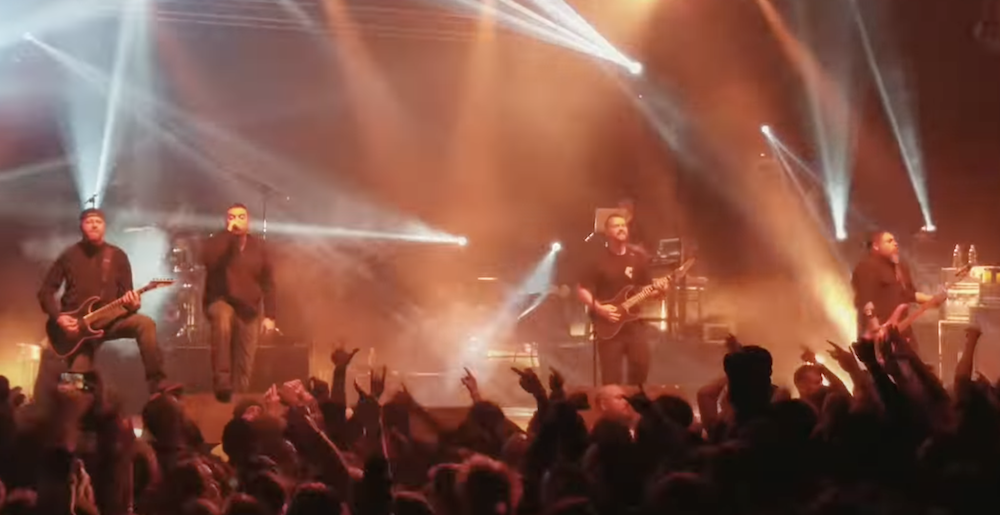 New Wave of American Heavy Metal stalwarts Chimaira have announced a pair of shows commemorating the 20th anniversary of The Impossibility of Reason, their second and breakthrough album. The shows will take place on Friday May 12 and Saturday May 13 at the Agora Theatre in Cleveland, Ohio.

ThePRP reports that the lineup will be the same as Chimaira’s 2017 reunion, featuring the classic lineup of Mark Hunter (vocals), Rob Arnold and Matt DeVries (guitar), Jim LaMarca (bass) and Chris Spicuzza (keys, etc.) will be back onstage together for this pair of concerts. Drummer Austin D’Amond, who just completed a five-year stint with DevilDriver, will play with the band again.

Support for May 12 is Integrity and State of Conviction, with Ohio kingpins Ringworm and Solipsist sharing the stage on May 13.

Your favorite rippers from Cleveland are back for our first show since 2017 to host another heavy metal rager!

It’s not clear if Chimaira will perform The Impossibility of Reason in its entirety for the shows or not, but it seems logical to expect a setlist heavy on material from that album. If you’re interested in scoring tickets, presales become available on the band’s website tomorrow, December 14, using the code TIOR20. They go on sale to the general public on Friday, December 16.

Sponsored Links from Across the Internet
Show Comments
Related Articles
Metal Merch 0
Grab Yourself a Limited Color Vinyl of Chimaira’s Pass Out of Existence Before It Vanishes
October 19th, 2022 at 10:00am MetalSucks

This variant isn’t going to be around long, so make sure you check it out and get yourself one.