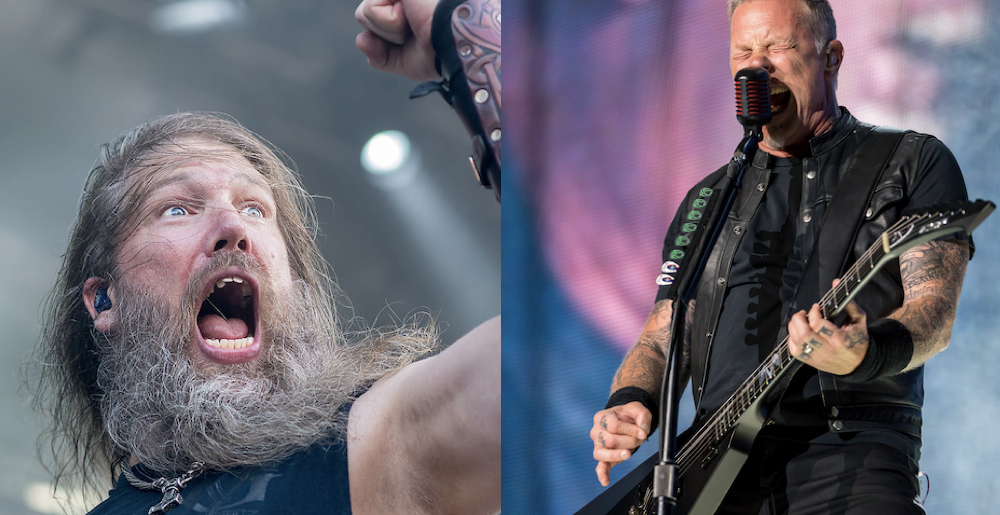 This is the Metallica Song Amon Amarth Would Like to Cover

There’s something nice and fun about an extreme metal band covering a song from a less-extreme band. When it’s done well, it’s fun to hear the catchy, more accessible structures than usual turned into death metal riffs and growls. An interviewer for 96.7 KCAL-FM was on the same wavelength when he interviewed Amon Amarth vocalist Johan Hegg and asked the frontman what Metallica song he’d like to cover with Amon Amarth.

“Oh, wow. I think one of my absolute favorite songs that I would love to do that I think would make an awesome death metal song as well is ‘The Thing That Should Not Be’. I love that song. But otherwise… ‘Trapped Under Ice’ — awesome song as well. ‘Fight Fire With Fire’ — also a brilliant song. My favorite [Metallica] album is Ride The Lightning through and through, so that would probably be one of the songs from there. But I think ‘The Thing That Should Not Be’ could be an awesome death metal song, actually, because it’s so heavy.”

When the interviewer, RadioactiveMike Z, suggested that “The Thing That Should Not Be” is an early precursor to death metal, Hegg responded and shared a memory of seeing the song performed live.

“Maybe. I guess Death was doing what they were doing when that album came out, or at least they started, I think, really early with that kind of heavy stuff, really.

“It’s interesting ’cause I think Metallica did a tour — I forget when that was, but it’s gotta be almost 25 years ago or something — where they asked the fans what they wanted to hear,” he added. “And in Sweden that song came up really, really high, so they actually played it live in Sweden, and I loved it. So that was awesome.”

It would be cool to hear Amon Amarth take on a Metallica track; their songs are already catchy and melodic enough that it’s not a huge stretch.

Metal Sucks Greatest Hits
0 -
Incredibly Metal Six-Year-Old Girl Terrorizes America’s Got Talent
0 -
Joey Jordison Claims He Was Fired from Slipknot Via a Singing Telegram
0 -
Having a Rough Day? Try Hatebreed Motivational Posters!
0 -
Comedian Rob Delaney’s Open Letter to High on Fire’s Matt Pike
0 -
Listen to Metallica’s “Nothing Else Matters” in a Major Scale
2760 -
Who Are The Top Ten Lyricists?