Metal Sucks
Metal Sucks Crosses (†††) Could Get Much Heavier in the Future Shores of Null Release “Nothing Left to Burn”...
- Tweet SHARE
Enlarge
Upcoming Bullsh*t 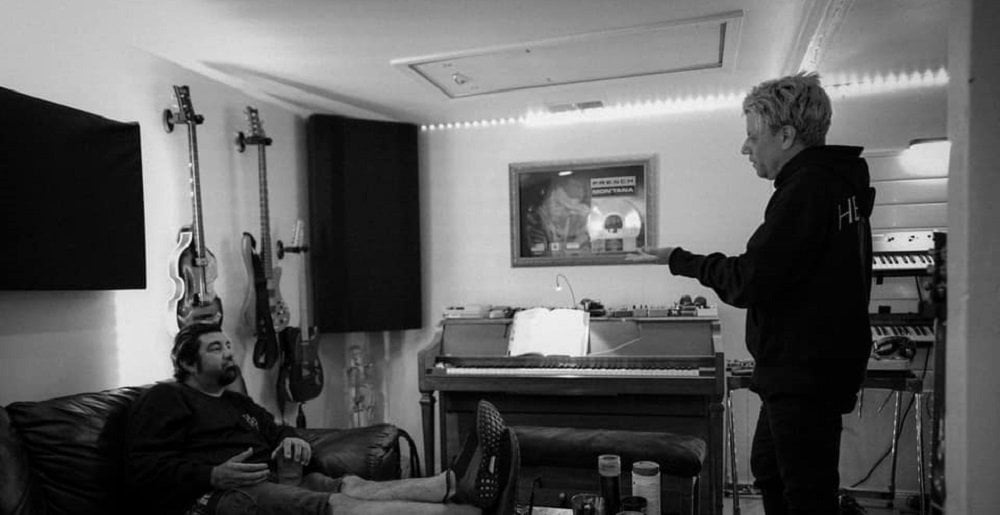 Crosses (†††) Could Get Much Heavier in the Future

In recent weeks, Crosses (†††) has been putting out new music videos at a regular clip and they’ve released their latest EP, PERMANENT.RADIANT. It’s been a great return to form for the duo, whose experimental music chops allow them the ability to explore new sounds and try to put something exciting out.

While speaking with Revolver, Crosses (†††) and Deftones vocalist Chino Moreno and musician and producer Shaun Lopez discussed the band’s future and what fans could expect going forward, given the fact that Lopez said they’ve got songs waiting in the wings.

“There’s stuff that’s been done since before even the two songs that came out earlier this year, but we’re just really thinking about how to release them. These six songs [‘PERMANENT.RADIANT‘] really represent what we’re doing right now, and I think the newest EP, we thought about those six songs and how we really like the way they flow together. And maybe one or two of those might’ve been done and ready to go in February of this year. But we’re not like, ‘Oh, we finished a song — we have to get it out right now because it’s done.’ It’s not how we roll.”

Moreno chimed in, saying there’s “well beyond” an album’s worth of material already recorded. He also said the band plans on releasing something more full-length with some of that content. He later went on to say that the songs they already have written were “all over the board.”

Lopez elaborated further on those songs, saying how they word “heavy” was a great way to describe their sound.

“I think “heavy” is a good word for that sound, but I think what’s crazy is … it’s probably the heaviest tune we’ve done but there’s actually no guitars in it. So it’s kind of a weird thing. I agree with what Chino said, it’s kind of going further in every direction. Not just heavy, not just pop.”

A heavier Crosses (†††) release sounds like it would be awesome. Be sure to check out Revolver for the rest of the interview, as there’s some juicy tidbits in there about the duo’s future.

Sponsored Links from Across the Internet
Show Comments
Related Articles
New Stuff 0
Deftones’ Chino Moreno Says the Band is “Chipping Away” at New Tunes
December 15th, 2022 at 11:16am Hesher Keenan

Ready for some new Deftones in the future?

Yep, this is a Crosses song.

Metal Sucks Greatest Hits
0 -
Watch This Kid Perform Europe’s “The Final Countdown” Entirely with Hand-Farts
540 -
Glenn Danzig Shops for His Own Kitty Litter
0 -
So As it Turns Out, Banging Your Head a Bunch Can Be Bad for Your Brain
820 -
Rigged: Dream Theater’s Mike Mangini Takes You Through Every Piece of His Mega-Drumkit [Part 1]
0 -
Iudicia is Your New Favorite Band
0 -
Website Photoshops Dogs in Place of Bass Guitars Because Why Not?