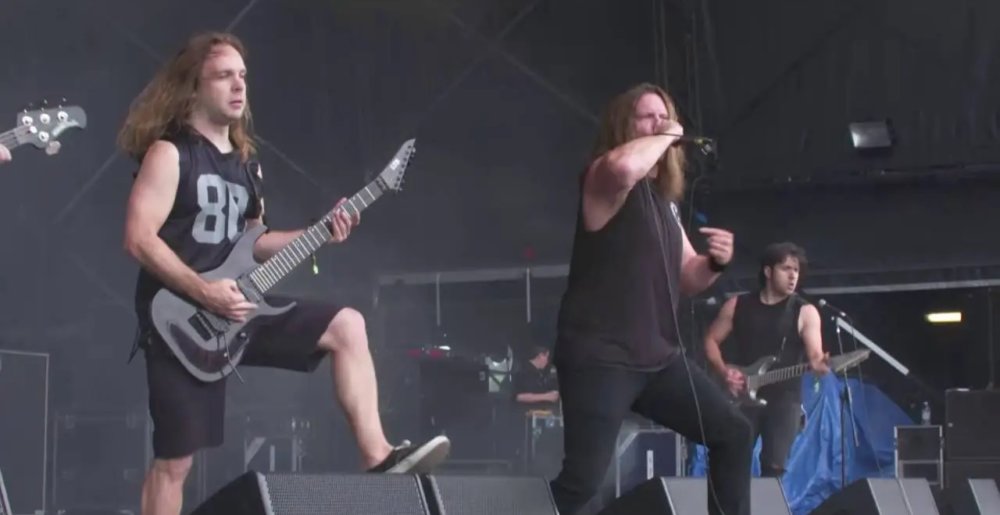 Unearth, Misery Index, and Year Of The Knife to Tour Europe Next April

Metalcore stalwarts Unearth will head back to Europe next April, after having spent a decent chunk of the past summer there. This time around, the band is bringing Misery Index and Year Of The Knife along for the three-week slate of dates that starts in Dortmund, Germany and ends in Stockholm, Sweden.

Earlier this year, it was revealed that the band was undergoing some lineup changes. First we learned that Mike Justian had returned behind the kit after former drummer Nick Pierce left the band. Then a few months later it was revealed that guitarist Ken Susi was on an “extended break” from the band and that none of his playing will be on the new record.

Still, the band is forging ahead with their plans, so if you want to catch them live in Europe, check out the dates below.

Sponsored Links from Across the Internet
Show Comments
Related Articles
Worst Week Ever 0
Paul Stanley Calls Out Kanye’s Bulls*it, Zakk Wylde Hasn’t Learned Any Pantera Material Yet, and More Top Stories of the Week
October 22nd, 2022 at 10:08am Hesher Keenan

Everyone's Replaceable 0
Ken Susi is on an “Extended Break” from Unearth and He’s Not on the New Record
October 19th, 2022 at 5:01pm Hesher Keenan

He cites some “differences of opinion” within the band, but that they have come to terms with it.