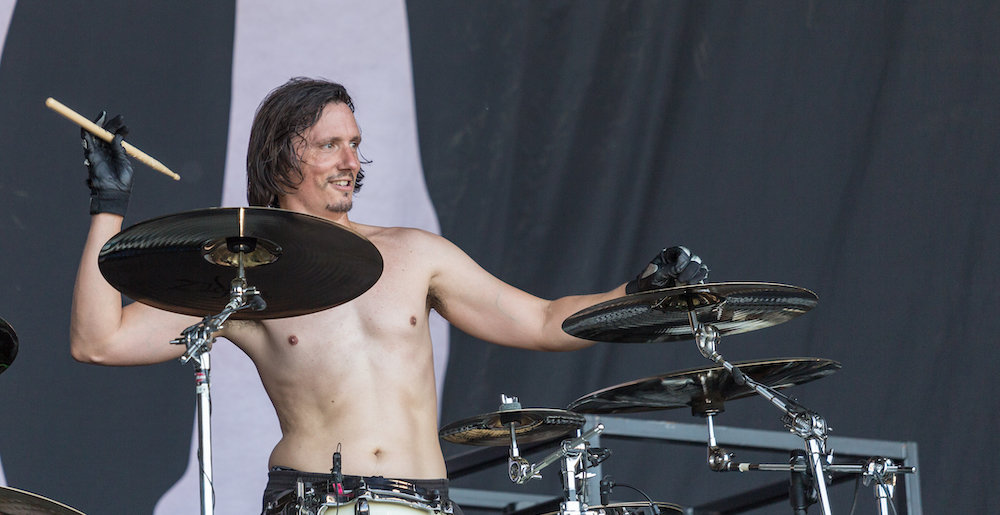 It’s no secret that behind their crushing rhythms, weird scratch guitar sounds, and deliberate messaging, Gojira has fashioned themselves into one of the more outspoken outfits in the industry. Covering everything from veganism to environmental preservation, the band’s catalog speaks for itself.

During a recent interview with Andrew Haug, drummer Mario Duplantier elaborated on the band’s mission and where their conservatory views come from.

“We grew up exactly in the same place in France, in the southwest, so we had the same concerns. We were also rednecks; we didn’t grow up in big cities, for example. So we were surrounded by nature. It’s our education; the four of us received the same education — ‘respect the ocean, respect the mountains,’ because it was our playground.

“Joe [Joseph Duplantier, Gojira frontman and Mario’s brother] is writing the lyrics, and Joe is a very sensitive person; he’s always thinking about humanity in general. When you have to write lyrics, you just have to write something you’re obsessed about or you just feel.

“I think what is cool is now, with the stature of the band, we were able to raise a campaign like we did for Amazonia where we raised money — like $300,000 to give directly to the indigenous people in Brazil. So that’s our goal, I would say, in the future, is bringing more operations like this.”

While writing new music, Duplantier said the band looks for ways to further express their thoughts about the world and what aid they can express how they feel about said topic.

“We constantly think about the human beings in general. We talk a lot in general. We are very psychologic and constantly thinking about what will be the next path for community. So this kind of campaign is precious for us: what can we do with our living? We have one life right now. We want to be part of the solution of bringing something positive. It sounds very cliché, but that’s our only goal, is to bring something positive for humans.”

Gojira released a new song titled “Our Time is Now” earlier this year for NHL 2k7. Their latest album, Fortitude, was released back in April via Roadrunner Records.