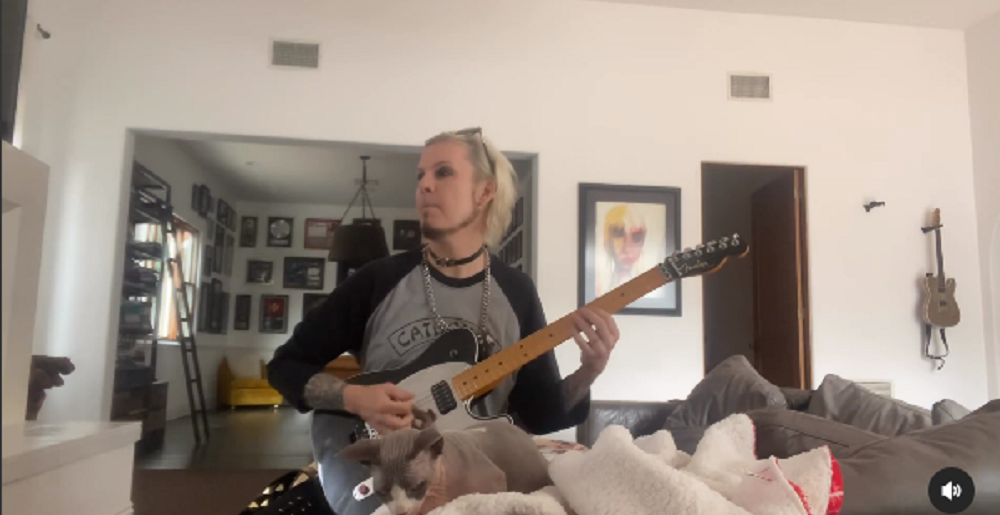 Earlier this year, John 5 made the switch from Rob Zombie’s camp over to Mötley Crüe after Mick Mars’ health issues allegedly forced him into retirement. It was a huge deal at the time and honestly, is still pretty crazy when ya think about it.

In the days and weeks since, the ex-Marilyn Manson guitarist has been posting clips of himself practicing various Mötley Crüe songs in preparation for the live shows the band’s got planned out next year. It’s a huge gig, so it makes sense that even someone of his talent and stature would spend a lot of time getting ready.

Back in late October, Nikki Sixx shared why the band went with John 5 as their replacement for Mick Mars while responding to a fan on Twitter. In his response, he said John 5 “checks all the boxes.”

So, in keeping up with that trend, he posted a clip yesterday of himself playing along to the ever-badass song “Looks That Kill.”

Metal Sucks Greatest Hits
0 -
L.A. Band Threatin Faked a Fanbase To Land a European Tour No One Attended
0 -
Paul Di’Anno: Still a Winner
0 -
Rigged: Jeff Loomis
0 -
Elvira Defends Rob Zombie’s Munsters Casting: “Sheri Is Freaking Adorable as Lily Munster”
0 -
So As it Turns Out, Banging Your Head a Bunch Can Be Bad for Your Brain
0 -
The Top Ten YARLERS of All Time