Metal Sucks
Metal Sucks Check Out How Wild Fans Got During Pantera’s First... Randy Blythe Shares What He Feels is the “Most...
- Tweet SHARE
Enlarge
Viral Vomit 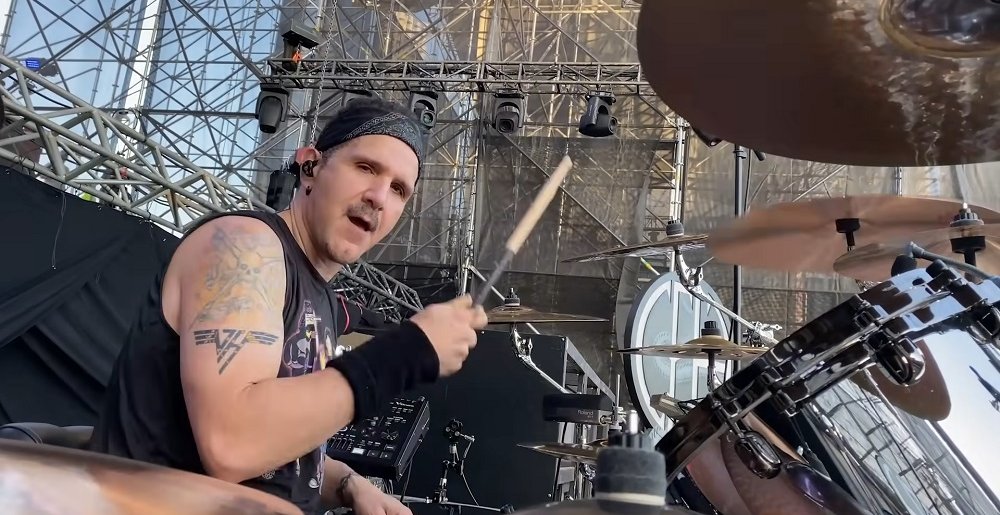 Earlier this month, fans in Mexico and South America got to be among the first to catch the Pantera tribute act tear shit up. For months, fans and skeptics alike wondered whether the combination of surviving members Phil Anselmo and Rex Brown with Zakk Wylde and Charlie Benante filling in for the Abbott brothers would:

And while the verdict for the first question is still out for debate, since the answer really depends on your own personal feelings about Pantera, the second is an undeniable yes. Who woulda guessed if you get two world-class musicians to fill in for the late “Dimebag” Darrell and Vinnie Paul that you’d get a killer show?

With the band’s first stint now complete and their next shows not scheduled until May 2023, Benante posted nearly eight minutes that highlight just how absolutely insane the fans got during the seven shows they played this year. From flares in broad daylight and makeshift hairspray flame throwers to literally an entire stadium full of rabid fans chanting the chorus to “Walk,” the video clips captured by techs, friends, and family members of the band show the dedication and support they held for the quartet.

Looking back, Charlie commented on his video that that throughout the band’s shows, he was struck by the reaction they got.

“I was blown away by the reaction from the audiences. There were times I wanted to stop playing and just enjoy the sea of passion. The fans down there are a different kind, they get involved and they even put their phones down at times.”

As a long-time fan of Pantera, all I can say is — North American fans, you better step your game up. The gauntlet’s been thrown by our brothers and sisters down south. They’re an American band so when they play their home turf, we better kick some ass and celebrate the tunes.

Metal Sucks Greatest Hits
0 -
Nazi Imagery: Why Watain and Marduk Don’t Get a Pass While Slayer and Metallica Do
0 -
50 Metal and Hard Rock Musicians’ Yearbook Photos
0 -
Deicide’s Glen Benton Sells Out, Tells Fans to Stop Moshing So Violently
660 -
KNEEL BEFORE THE POWER OF ELEPHANTS MARCHING RIFFS
2760 -
Who Are The Top Ten Lyricists?
0 -
Will People Please Shut Up About the “Fake Amps on Stage” Debate?