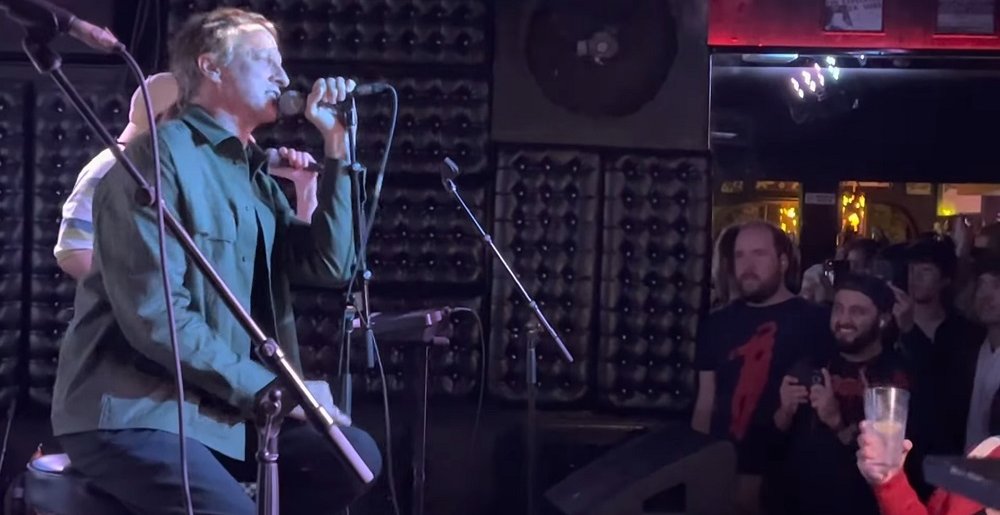 When it comes to hard rock, heavy metal, and punk music, there’s a certain subgroup of fans that found their way to those genres because of video games. And while titles like Guitar Hero and Rock Band helped forge an entirely new generation of musicians and fans, the OG entry drug to some of the classics will always be the original Tony Hawk Pro Skater games.

To celebrate the 20th anniversary of the original Tony Hawk Pro Skater, the man himself Tony Hawk apparently got on stage with The Downhill Jam, a cover band that specializes in the video game’s soundtracks, while they played at the Casbah in downtown San Diego earlier this month.

As you’ll see in the clip below, the absolutely God-tier skater needed a little help with the lyrics near the end there, but he’s pretty competent as a singer. That’s nothing new though, having performed on The Masked Singer and this killer cover of Millencolin’s “No Cigar.”

What’s particularly cool about the performance is they had some dude who apparently kicks ass at Tony Hawk Pro Skater playing the latest remaster of those classic games on a huge projection behind the band. I probably would have been mesmerized by that more than anything else, but that’s mostly because I sucked at that version.

Still, it’s pretty cool to see a game with two decades on it now still getting a ton of love. It certainly deserves it.

This Sucks 0
Tony Hawk Breaks Leg, Says He’ll Be Back But “Maybe Not At Full Capacity”
March 9th, 2022 at 8:40am Emperor Rhombus

The dude is surprisingly chill about it all.

Metal Sucks Greatest Hits
0 -
Video: Dudes Rockin’ Out to Van Halen Meet David Lee Roth, Have No Idea Who He Is
0 -
Carcass’ Swansong: A Newbie’s Retrospective Review
0 -
Rigged: Nile’s Karl Sanders
660 -
KNEEL BEFORE THE POWER OF ELEPHANTS MARCHING RIFFS
0 -
That Time Shaun Got Drunk and Filmed a Music Video with His Cat
0 -
It’s Official: There is Too Much Slayer Merchandise