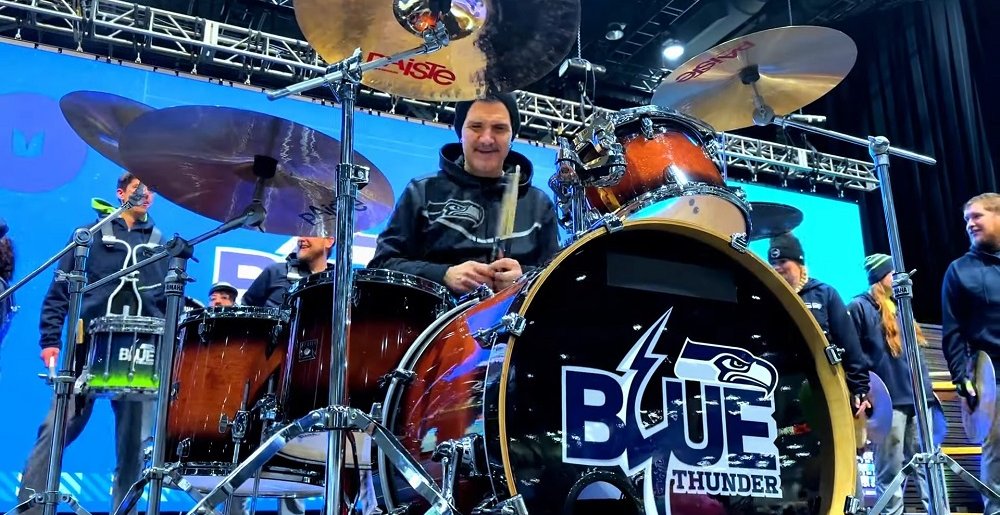 Fresh off a couple weeks away from the spotlight following Pantera‘s South America and Mexico shows, Anthrax drummer Charlie Benante got back behind the kit to play a couple classic songs with the Seahawks Blue Thunder drumline yesterday.

Despite some pretty shitty Pacific Northwest weather, the 60-year-old drummer joined the NFL team’s drumline to play through a portion of both Pantera’s classic song “Walk” and Anthrax’s “Indians.” In an Instagram post, Benante said he “even learned a trick or two” from his time hanging out with the drumline.

The Seahawks Blue Thunder is a drumline that typically plays during, before, and after Seattle Seahawks home games. They were created back in 2004 and since then, the group has incorporated rock drumming into their traditional drumline routines.

Had a great experience playing with the @seahawks @bluethunderdrumline -thank you to everyone for making this happen. @keithrousu you are a drummer’s drummer and you get it. You put together a great drum line, I enjoyed hanging and talking with everyone and even learned a trick or 2. They wanted to play Indians and Walk and I was more than happy to play those with them. The #seattle Rain sucked but we got through it and the Seahawks won. Thank you @brando.wright and @hard89 for making this happen #football #grunge #touchdown #fandom #gimmetheball @panteraofficial @anthrax thanks to @carlaharvey for the video