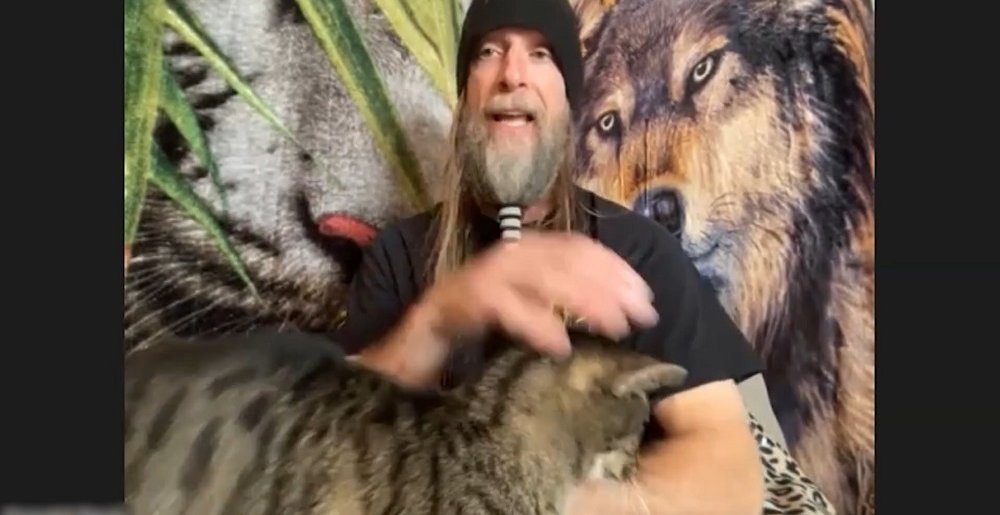 You may be blasting the shit out of Obituary‘s Dying of Everything now that it’s finally out today, but did you know that the dude hammering you in the face with his drums is actually a big softy for cats that works to save Florida’s feral felines?

It’s true — in a recent CNN report, Tardy and his girlfriend were highlighted for a trap/neuter/return (TNR) program they’ve been running for 17 years called Metal Meowlisha. The pair take care of 33 feral cat colonies — nearly 100 stray and feral cats — in Tampa.

“Right here in my community I saw homeless cats, I saw kittens in terrible places, and I just wanted to learn how I could help my neighborhood. And so we educated ourselves. And the Humane Society has a wonderful program called ‘trap/neuter/return’.

“All I do while I’m home from tour is before I eat my dinner, I load up my truck with food and fresh water. I’m like a UPS driver. I have a route every night. It takes me about two and a half hours. I bring them fresh water and food.”

The ASPCA describes TNR as a humane way to reduce and control the population of feral cats throughout the country. While adorable, feral cats can be a danger to a community, as they destroy local wildlife and can lead to some serious health concerns.

Maybe it’s something in the water down in Florida, but that state’s now not only known for being a breeding ground for destructively brutal death metal, but apparently it’s also the home of more than one really nice guy in death metal.

There’s not much time left before the release of Dying of Everything.