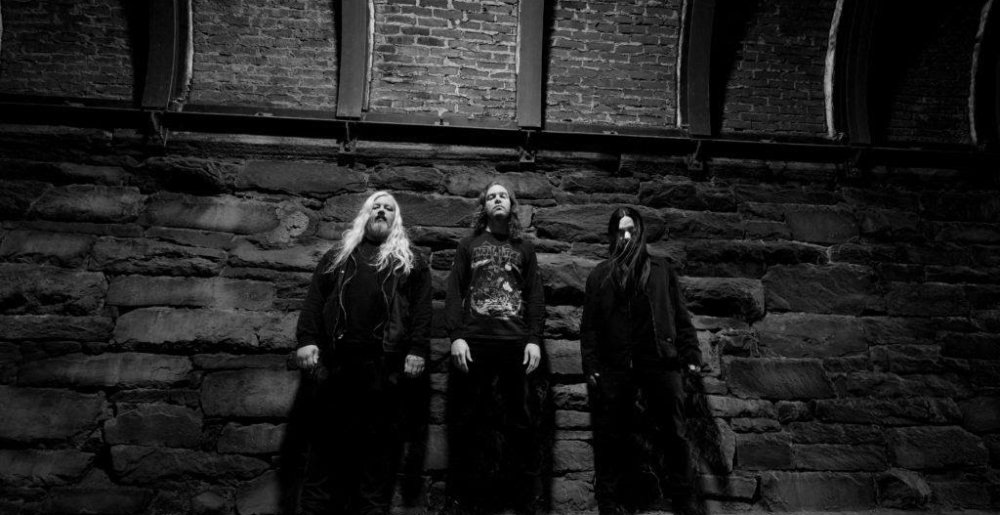 Ulthar dropped a new track today, “Saccades,” ahead of their next set of full length albums, Anthronomicon and Helionomicon.

The blackened death metal rippers are releasing both albums via 20 Buck Spin on February 17.

This track in particular is from Anthronomicon. Each of Anthronomicon’s eight tracks represent, according to their press release, “a fractious piece of a larger puzzle, each a maze unto itself that when taken together allows one to traverse this inverted surrealist conundrum.” That in turn acts as a companion and foil to the other record.

Says guitarist and vocalist Shelby Lermo of the song:

“‘Saccades’ was the first song written for the Anthronomicon/Helionomicon project, shortly after the release of our last album, Providence. Musically, I feel it showcases the strongest aspects of ULTHAR’s sound, traversing the spectrum from grinding death to sweeping black metal. Lyrically, it explores the limits of human perception, and how things we think we see aren’t always there. It was largely inspired by the novel Blindsight by Peter Watts.”

Metal Sucks Greatest Hits
0 -
Hallowed Be Thy Game: Brütal Legend is a Love Letter to Heavy Metal
0 -
BREAKING: Ex-Suffokate Vocalist Ricky Hoover Successfully Undergoes Earlobe Reconstructive Surgery
0 -
For $16,000, Ted Nugent Will Stay the F*ck Away From Your Town
0 -
Will People Please Shut Up About the “Fake Amps on Stage” Debate?
0 -
BREAKING: Slipknot Guitarist Mick Thomson Stabbed in the Head by Brother
0 -
It’s Official: There is Too Much Slayer Merchandise