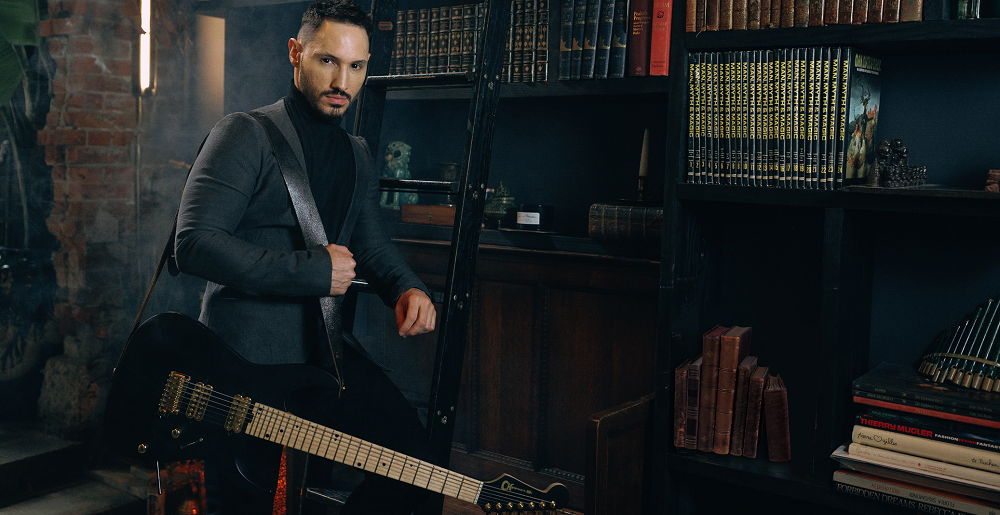 Angel Vivaldi Announces a New EP, Drops the First Single and Video for the Track “Eight”

Nearly a decade after starting his concept record Away With Words, guitar master Angel Vivaldi will be completing what he started when he releases Away With Words, Pt. 2 on April 7. To celebrate the beginning of the end for his concept album, the New Jersey native dropped the EP’s first single and accompanying video for “Eight.”

“This first single comes not only from how artists like Chick Corea, Santana and Snarky Puppy inspired me, but also from my early experiences playing music in a hispanic church ensemble back in New Jersey as a teen. Having the opportunity to use my love for early 70’s latin fusion has been both fulfilling and challenging. I learned a lot about myself as a composer and how to reinvent my phrasing in a way that is new but still authentic.”

As you can tell by pressing play on the video below, he hits it right on the money with the Latin fusion sound. If this first track is to be believed, the rest of the EP is going to be a great listen.

“Few words can describe what it feels like to finally share the full scope of this concept record 9 years after I started it. While the seeds I initially planted took longer to bear fruit, I’m grateful it took this long as it helped to make the grapes that much sweeter. Part 2 is an unexpected musical journey that has something on it for any lover of music.”

“I’m gonna raise the bar so high bitches won’t be able to reach it.”

Angel offers commentary and critique on fans covering his songs on YouTube.