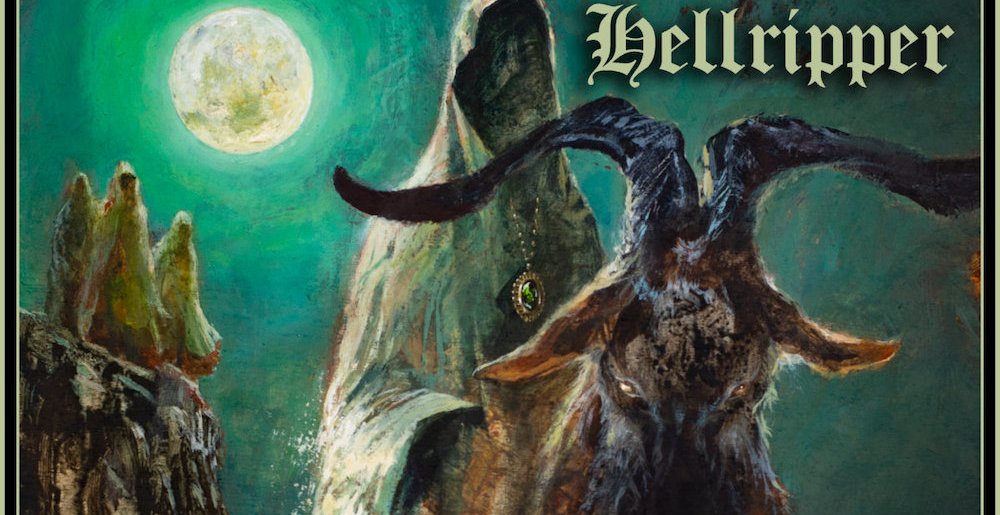 One-man Scottish black-thrash entity Hellripper continues their quest for total musical destruction with new album Warlocks Grim & Withered Hags. The latest single, the album’s title track, is a powerful reminder of the direction that Hellriipper creator James McBain is taking his band on the new album: away from typical “darkness of Satan” lyricism and into Scottish folklore. “Warlocks Grim and Withered Hags” even features bagpipes—it doesn’t get more Scottish than that! Says McBain:

“‘Warlocks Grim & Withered Hags’ is definitely the farthest I’ve gone away from the usual ‘Hellripper sound’ with it being a more mid-paced track than what I’ve done previously.

“The lyrics to this track (and the song title) are primarily inspired by Robert Burns’ Address to the Devil and reference the poem quite a bit (as well as other works of Burns), though where the poem kind of downplays and mocks the Devil, I wanted to switch the point of view and insert a few nods to the treacherous Scottish landscapes and mythical creatures – with nature being the Devil’s Church. For the first time in Hellripper’s music, you will hear the sound of bagpipes in the latter part of the song which also ties in with the lyrical theme.”

Warlocks Grim is out on February 17 via Peaceville. Hellripper have a few live dates lined up as well.

Metal Sucks Greatest Hits
540 -
Worst Year Ever: All of Our 2010 Year-End Sh*t in One Place
0 -
What is the best subgenre of metal?? *please read*
0 -
Editorial: True Loyalty Means Admitting When Your Favorite Bands Suck
0 -
Joey Jordison Claims He Was Fired from Slipknot Via a Singing Telegram
0 -
Which Bands are “The Big Four of Death Metal”???
0 -
The Top 25 Modern Metal Drummers: The Entire List in One Place