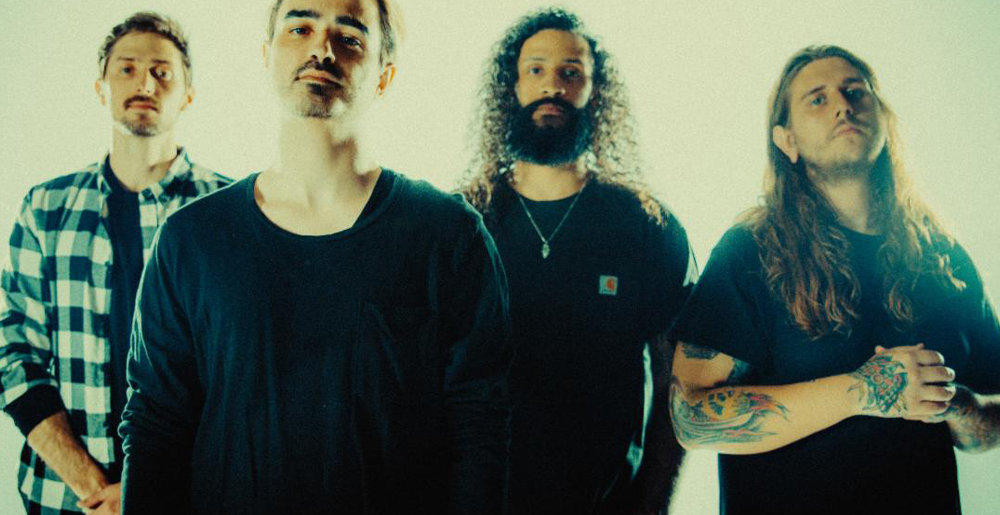 Like Moths To Flames made a shocking revelation earlier today, as they announced that they’ve fired bassist Aaron Evans over allegations that he’d had inappropriate contact with underage fans. According to the band, the firing is “effective immediately.”

Effective immediately, Aaron will no longer be in Like Moths to Flames. Over the last few days, we’ve been made aware of numerous instances where he has abused the platform he was given within the band.

Our DM’s are open if any fans/friends want to reach out to discuss.

The band made the move after fans posted screenshots of conversations they’d had with the bassist. Though just one image makes mention of him having “intimate relationships with several people, some of them were underage at the time,” most screenshots in an accuser’s Twitter thread on the matter showed that he was a serial cheater and allegedly was emotionally abusive to his accusers.

The Ohio-based metalcore act have not elaborated on exactly what caused them to jettison Evans from their roster, nor has Evans responded to the allegations made against him.

Still, it’s never a good look when musicians use their platform and notoriety to physically and emotionally manipulate people to get what they want. The sheer power imbalance between an artist and their fan or someone else in the music industry can be hard to overcome. We’re hoping that everyone involved in the matter finds the comfort and support they need moving forward.

Support will come from Fit For a King, Erra, and Like Moths to Flames.

New Stuff 0
“Habitual Decline”: New Like Moths to Flames Song May Make You Wanna Set Yourself on Fire
August 11th, 2020 at 1:50pm MetalSucks

This dog has fleas.

Cinemetal 0
Like Moths to Flames’ Video for “Wither” is Just Like the Movie Up, Only Shitty
December 11th, 2015 at 4:00pm MetalSucks

Oh yeah, this was a great idea for a metal video.

Metal Sucks Greatest Hits
0 -
Is Facebook Trying to Extort Bands and Brands?
0 -
BREAKING: Some Local Band Called Shrapnel are Tired of You Leaving the Show Before Their Set
0 -
Gear Geek: Periphery’s Misha Mansoor Answers Your Latest Questions About Guitar Gear
2860 -
What is the Best Christian Metal/Hardcore Band???? [you’re moshing 4 Christ]
0 -
Thirty of the Worst Metal Band Promo Photos of All Time
750 -
Anthrax vs. Axl vs. Anso: The Worship Music Double Review