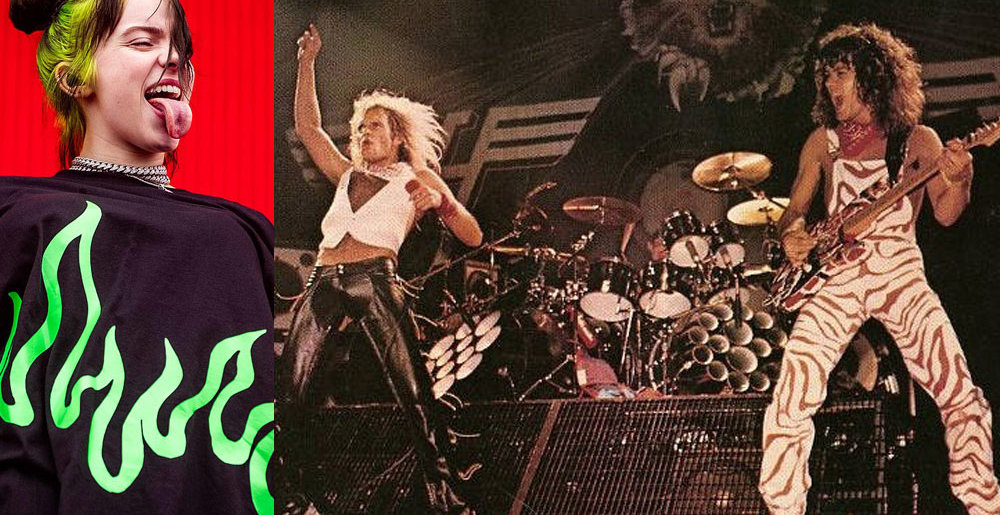 A friend of mine around my age recently shared a video of Billie Eilish’s performance at this past summer’s Reading festival along with a long-ish caption in which he essentially said “Look at this video, everyone’s wearing baggy clothes like when we were kids in the ’90s, I don’t really get this music, holy crap, I feel old!” At which point I obviously clicked and watched the video because a) I wanted to see first-hand what inspired this reaction, and b) I’d never given Eilish’s music a shot. And I was blown away! I could. not. stop. watching. the entire performance. I was transfixed. And while I can certainly chuckle at the fashion and how everything old eventually becomes new again, what’s most important is this: she’s fucking great! Extremely talented on a number of levels. Consider me a fan.

Anyhoo, Eilish recently appeared as a guest on Jimmy Kimmel’s TV show and the host proceeded to play a game of “Have you heard of…” Because Eilish is only 17 years old and likely hasn’t heard of lots of things that came before her time. Crazy, right? Super top-level, innovative humor right there.

When it came to Van Halen, Eilish was clueless, which naturally has brought out plenty of olds complaining on the internet. I’d posit that while Eilish doesn’t know Van Halen by name she would certainly recognize at least a couple of their songs, but that’s kinda besides the point: of course she doesn’t know who Van Halen are. Van Halen are fucking dinosaurs at this point, and I say that as someone who can singularly point to this one band for getting me into heavy music. This dude bro from a few months back didn’t recognize David Lee Roth when the latter knocked on his hotel door! Because he’s old, and they’re young! Revelatory, I know, that today’s 17-year-olds aren’t aware of every single artist that came before them and can still write relevant music that enraptures the youth!

You can watch the clip below. I’ve also embedded the live Reading set I opened this piece with, and I highly recommend you watch that instead; it’s fucking great.

Meanwhile, David Lee Roth is planning a solo band appearance next summer and has a Las Vegas residency planned for the winter; more info here.

Metal Sucks Greatest Hits
0 -
BREAKING: Joey Jordison Back in Slipknot as Percussionist!
1,3240 -
Wes Borland: Still Cool In Jakarta
0 -
A MetalSucks Exclusive: Return from The Graveyard — King Diamond on His Near-Death and New Life
0 -
Comedian Rob Delaney’s Open Letter to High on Fire’s Matt Pike
0 -
Listen to Metallica’s “Nothing Else Matters” in a Major Scale
1350 -
Oceano Prove That Deathcore Has Depths