Metal Sucks
Metal Sucks Listen: Mariah Manson’s “All I Want for... Ozzy’s “Under the Graveyard” is the #1...
- Tweet SHARE
Enlarge
Viral Vomit 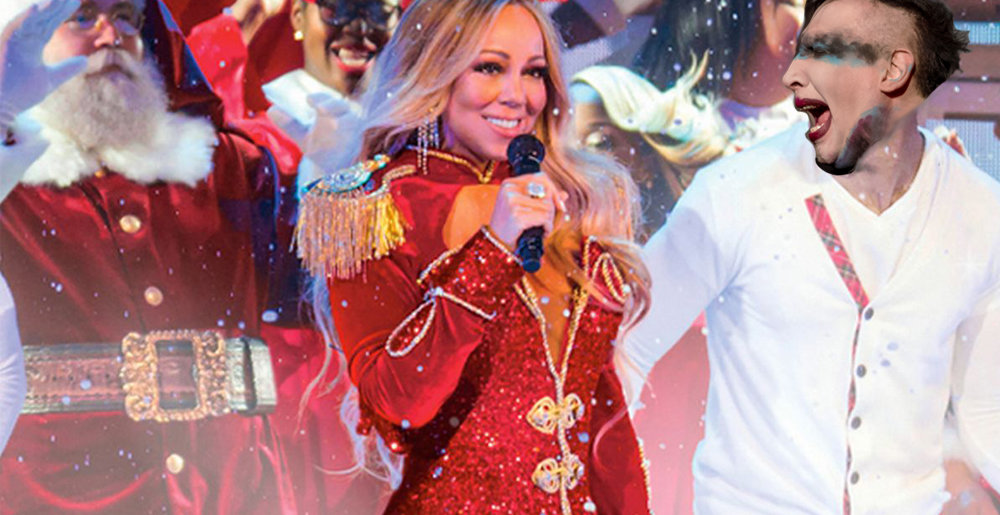 Listen: Mariah Manson’s “All I Want for Christmas Is the Beautiful People”

Surprising fact I recently learned: Mariah Carey’s “All I Want for Christmas” has never made it to #1 on the charts, despite being played pretty much 24/7 around the holidays. Isn’t that wild?

I don’t know if adding Marilyn Manson to the mix would help or hurt Ms. Carey’s cause, but it’s worth a shot! So: master of mash-ups Bill McClintock‘s latest hybrid smushes together the aforementioned Christmas ditty with Marilyn Manson’s classic anthem “The Beautiful People.” Which is oddly appropriate, because they’re both about Christianity to varying degrees, and they’re both from the same era (“Christmas” first came out in ’94, followed by “Beautiful People” two years later).

Get into the holiday spirit:

Metal Sucks Greatest Hits
0 -
I, For One, Welcome Our New Robot Overlords
450 -
Free Download for Your Listening Pleasure: NYC Sucks, Volume 1, Featuring The Best of New York City’s Metal Scene
30 -
Exclusive: Burzum Launches Clothing Line
0 -
Listen to Metallica’s “Nothing Else Matters” in a Major Scale
0 -
Joey Jordison Claims He Was Fired from Slipknot Via a Singing Telegram
2860 -
What is the Best Christian Metal/Hardcore Band???? [you’re moshing 4 Christ]