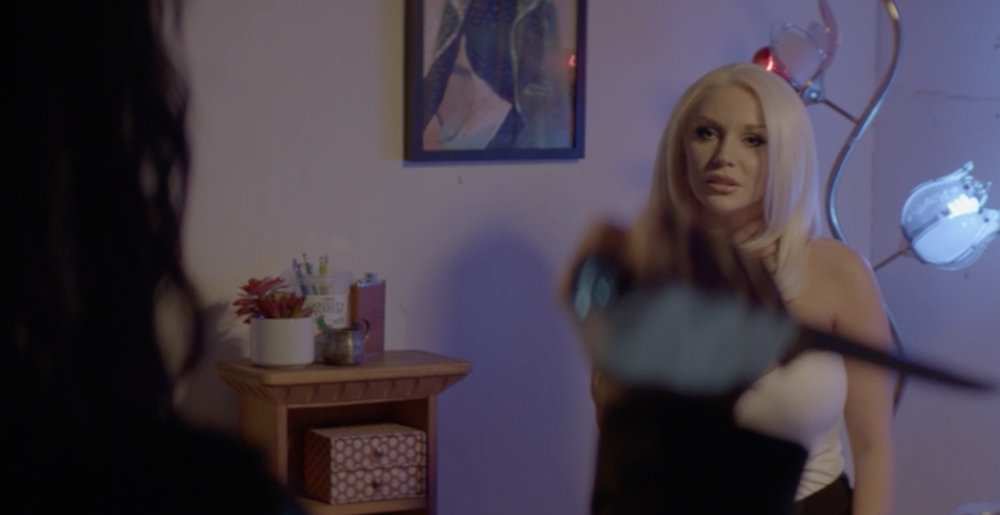 Everyone who has seen Glenn Danzig’s feature film directorial debut, Verotika — including MetalSucks’ own Jeff Treppel — says the movie is hilariously awful. Needless to say, this makes the wait for the flick’s February 25 home video release all the more unbearable… maybe even more so than if people said the movie was great. No one will ever deny Danzig his place in rock history (nor should they), but there can be no arguing that he’s been most entertaining this century as the object of schadenfreude, a (sometimes literal) punching bag better known for buying kitty litter, feuding with neighbors, decorating like a slovenly man-child, and being passionate about French onion soup than for any of the music he’s made (not helping things is that some of that music has also been pretty terrible). So watching him crash and burn spectacularly on a project as ambitious as feature film sounds like just about the most fun you can have without breaking the law.

Now the trailer for Verotika has appeared online, and watching it will only make your craving to view the movie that much stronger: it does, indeed, like the inadvertent comedy event of the year. Every single frame on display appears amateurish to such a degree that the fact that the move is in focus seems like an achievement. Saturday Night Live has made trailer parodies that look more like “real” films than this does.

In fact, the trailer tacitly leans into Verotika‘s already-horrendous reputation, using critics’ pull quotes that emphasize the film’s future status as a “cult classic,” a “midnight movie,” and a “crowd movie” (i.e., something you should watch with an audience) that “people will bond over.” There are some more unambiguously positive quotes, too, which I assume are there to appease to Mr. Danzig himself. But mostly the impression you’ll walk away with here is that you should believe the hype about Verotika being The Room-level bad.

Watch the trailer below:

[via Entertainment Weekly by way of Kerrang!]