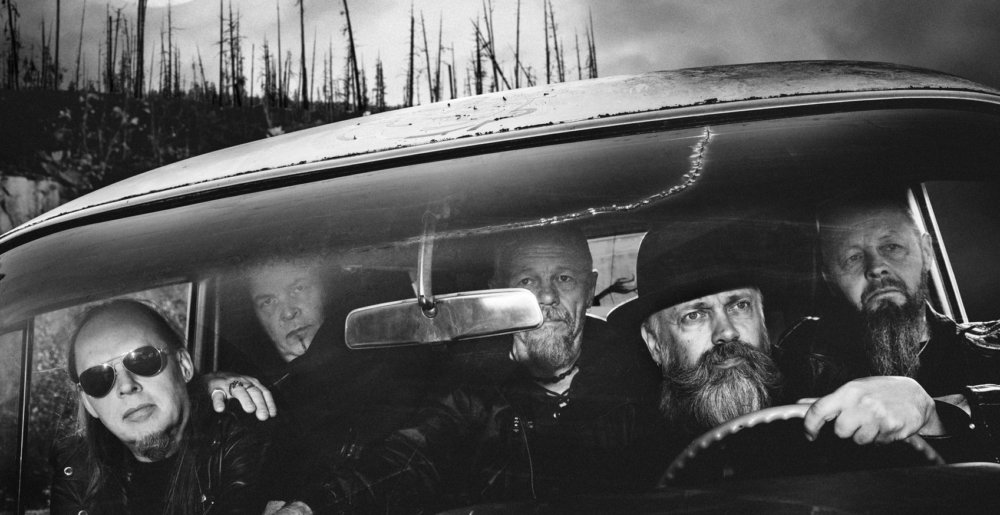 It sure woulda been neat for Candlemass and their team if they’d picked up that Grammy award last Sunday going into the release of their new EP, eh? Unfortunately for them, that didn’t happen — Tool won — but it’s still pretty cool that they were nominated at all, and ultimately it has no bearing on their next release… which was announced just moments ago!

“The Pendulum” is available for your streaming pleasure below, and comes from the EP of the same name. It’s a got some big ol’ doomy Candlemass-ian riffs, recently-returned vocalist Johan Langquist’s trademark high-pitched howl, and a galloping, dare I say upbeat — by Candlemass standards, anyway — verse to get you in the mood for the slowdown to follow. The songs on the EP were recorded during the sessions the The Door To Doom, releases in February of 2019, and if this cut is any indication I’ll bet the band had a very difficult time deciding which tracks made that album and which didn’t.

Sweet Evil Sun will be released this Friday.

These “Scandinavian Gods” are back to bring the doom.

Metal Sucks Greatest Hits
0 -
The Red Chord’s Guy Kozowyk is a Police Officer Now
0 -
For $16,000, Ted Nugent Will Stay the F*ck Away From Your Town
0 -
Metallica’s St. Anger Was Released Ten Years Ago Today
1510 -
The Top 15 Reasons that Metallica are the Yankees of Metal
0 -
Worst Year Ever: All of Our 2012 Year-End Sh*t in One Place
0 -
Today in Dream Theater Shirts: Metalhead Veterinarian Fired for Bestial*ty