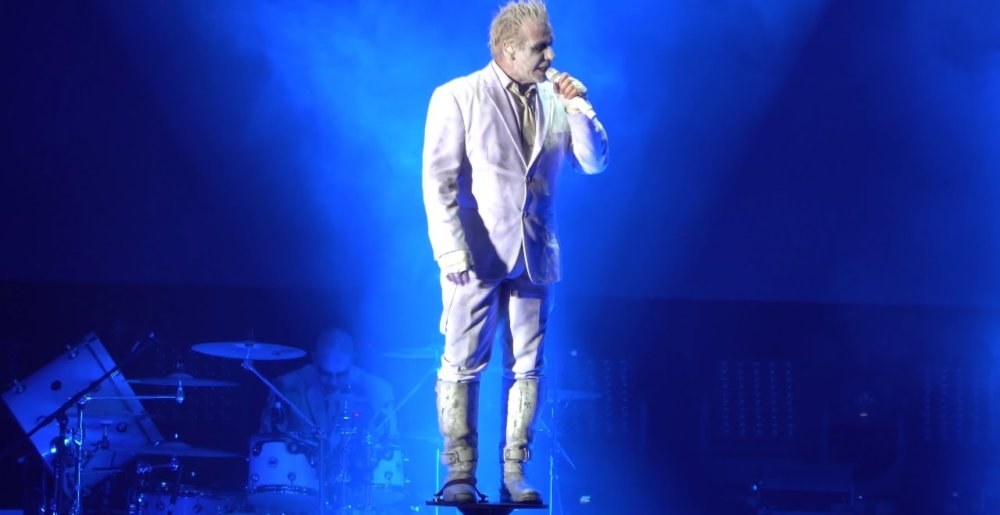 Lindemann, the project featuring Rammstein’s Till Lindemann and Peter Tägtgren from Hypocrisy, performed at the VTB Arena in Moscow this past Sunday, March 15… and naturally, someone filmed the whole thing. You can watch the video below.

Along with a Guns N’ Roses festival performance in Mexico, which took place one day prior, this is likely one of the last large-scale concerts the world will experience for awhile (I can’t find attendance numbers for the Lindemann show, but the VTB Arena has a capacity of tens of thousands of people). Rammstein have a whole lotta tour dates scheduled in both Europe and North America for this coming June – September, but who knows how many of those, if any, will actually take place.

To date, Russia has reported only 143 cases of the novel coronavirus, COVID-19, and no deaths. Which is interesting, because Russia shares a border, and does a lot of trade, with China, the country where the outbreak started (although please don’t buy into the bullshit that it was engineered!), and which has been hit hardest by the virus (80,894 cases confirmed, 3,237 deaths, as of this writing). So what makes Russia so frickin’ lucky? From The Conversation:

“While it is possible that this low number reflects [Russia’s] active border control and screening there is a concern that this reflects either a lack of screening or a lack of reporting. Combined with the recent evidence that Russia has been behind several recent COVID-19 disinformation campaigns, this raises the concern that Russia may be playing a dangerous game with global health. Hopefully this is simply a case of good border control or low rates of testing, but time will tell.”