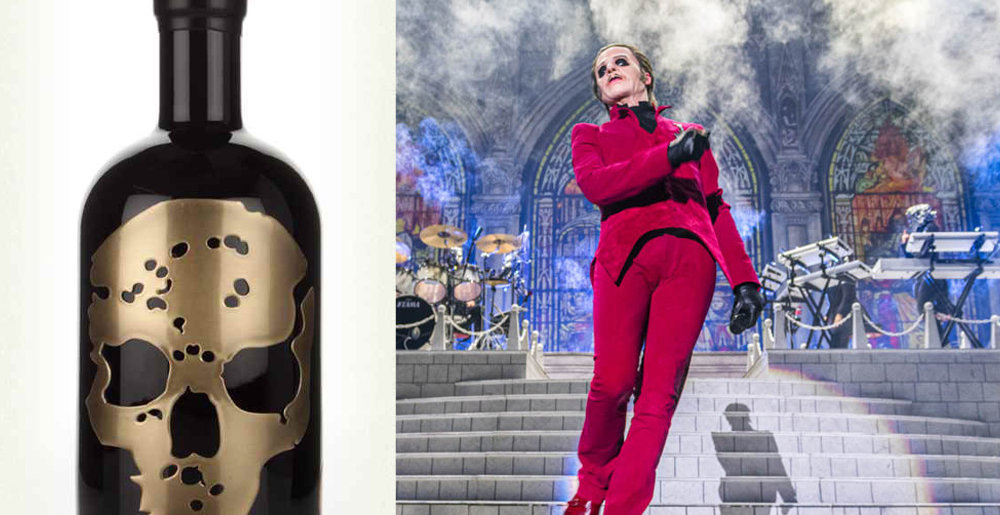 Are Ghost really suing a British vodka company over their name? Or was it some kind of mixup on account of an overzealous lawyer taking action without the band’s consent, as happened when Metallica didn’t know their lawyers went after a Canadian cover band a few years back? We certainly hoped it was the latter when news broke earlier this week of the Swedish band allegedly pursuing legal action against Ghost Vodka.

Unfortunately it’s no mix-up: Ghost, the band, are really going after Ghost, the vodka, despite little to no similarities between the companies’ respective industries and marketing tactics. The issue, it seems, is that Ghost the band own a trademark for use throughout Europe on all alcoholic beverages, and they currently have a gin on the market.

Ann-Charlotte Söderlund Björk, a lawyer for the firm GOZZO Advokater which is representing Ghost the band in the matter, offered the following to Loudwire:

“Svensk Drama Pop (SDP) holds an exclusive trademark registration throughout the European Union for the figurative sign ‘Ghost.’  Those rights are licensed to Global Merchandising Services Ltd, in whose interest these proceedings are brought. This case has been on-going for months now, and numerous attempts have been made throughout that period of time to reach an amicable settlement.

“This case is not about ‘gin vs. vodka,’ it’s about trademark rights that grant ownership for any and all alcoholic beverages – gin, whiskey, wine, beer, ale, vodka, etc.   For any other EU-based entity to use the word ‘Ghost’ as part of its alcoholic beverage brand name would be in violation of SDP’s exclusive rights.  SDP is entitled to defend these rights as any other business would when their trademark rights have been infringed. That is standard procedure.”

Is it just me, or are Ghost the band (namely Tobias Forge, who runs and owns the band himself) being dicks here just because they can? Ghost Vodka doesn’t attempt to use Ghost the band’s name or likeness to sell product; they’re similar in name only, as anyone can plainly see by comparing the marketing of the band to the bottles (unless you want to argue that Ghost have proprietary use of skulls, which is poppycock).

I fully understand the legal basis for the lawsuit, and that seems valid, but this strikes me as one of those times where a party is taking advantage of the law simply because they can, not because they actually believe it’s the right thing to do or it’s necessary. In no universe is Ghost Vodka cannibalizing Ghost’s gin sales or taking advantage of the band’s existence to sell products in any way, shape or form.

“Small-batch British drinks brand Ghost Vodka are the subject of a legal dispute brought about by the Swedish rock band, Ghost.

“The band take umbrage to Ghost Vodka (trading since 2015) being allowed to title their brand as such, feeling they should have exclusive use of the word ‘ghost’ across a multitude of different sectors. This is despite their primary business and income deriving from music and not having a competing product in this sector.

“Ghost Vodka was conceived in 2013 and we launched in June 2015 at Fortnum & Mason in London. Hardly going for the rock metal crowd here. Since then we have nurtured our business to have a presence in 36 countries. At the time of launching we had never heard of the band or Tobias Forge.

“Since we went public with this there have been a few rumours appearing in various comment sections which we would like to put to rest.

* We are being sued purely because we are called ‘Ghost’ vodka. There are no other factors at play here.

* Prior to the meme we posted this week, at no point have we ever used an image of the band to promote our product.

* Fans of the band and fans of rock metal as a whole have never been our target market for this brand.

* Legal documents submitted by the band indicate they have known of the vodka brand since 2016, posing the question why they waited so long until finding an issue with it.

“They are trying to schedule a court case for June in Stockholm, despite the current lockdown and travel ban yet to be lifted on the UK and much of Europe. The band seems determined to take advantage of this, knowing full well that we cannot attend the hearing.

“Our thoughts on the matter? We believe Tobias Forge needs the money having recently settled another case out of court. Having observed us since 2016 he now feels that we might have the funds available to provide him with a decent sized settlement. The money made from selling their gin is negligible, the volumes just aren’t there. He should stick to what he’s good at.

“Until the end of last year we had never heard of Tobias Forge. Having looked into his background, this is all entirely within character. If he can screw over his own bandmates, he will have now qualms in coming after a small, independent business.

“We respect his success and we can understand how hard he has worked to get where he is, however, there is no excuse for this kind of shitty behaviour on his part.”

What do you think? Which party is in the right? Chime in below in the comments.

Sponsored Links from Across the Internet
Show Comments
Related Articles
Viral Vomit 0
Here’s What Was Inside That Ghost Exhibition Showcasing Their Make Believe 60s Era
February 2nd, 2023 at 10:33am Hesher Keenan

Metal Sucks Greatest Hits
0 -
‘Til Death Do Us Part: Metal + Hard Rock Musicians’ Wedding Portraits
690 -
Let’s Argue About Iron Maiden Album Art
1480 -
Being in a Band is for Losers [Scientific Proof]
0 -
Give a Heavy Metal Valentine’s Day Card to Someone You Love
0 -
Exclusive Interview: John Baizley of Baroness on the Bus Crash, Recovery and the Future
0 -
For $16,000, Ted Nugent Will Stay the F*ck Away From Your Town