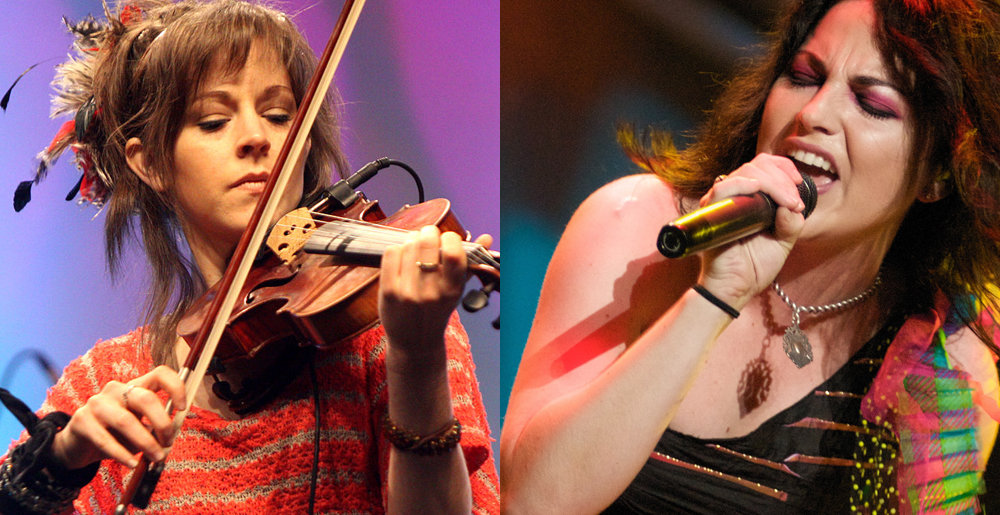 Amy Lee has teamed up with violinist Lindsey Sterling for a new version of “Wasted on You,” the single Evanescence released last month. Sterling has previously toured with Evanescence, and appears on their 2017 release, Synthesis.

The original version of the track — the band’s first new song in nearly a decade — will appear on their forthcoming album, The Bitter End, which will be released piecemeal over the course of this year.

You can watch the Lee/Sterling team-up, along with an interview with the duo, below.

Metal Sucks Greatest Hits
0 -
Which Bands are “The Big Four of Death Metal”???
0 -
Danny Worsnop is a Good Writer
0 -
The Black Dahlia Murder’s Trevor Strnad Rants Against Music Pirates
2760 -
Who Are The Top Ten Lyricists?
400 -
Danzig is Just Cleaning Up His Motherf*cking Bricks, Bitch
0 -
Editorial: Your Dead Metal Heroes Were No Angels