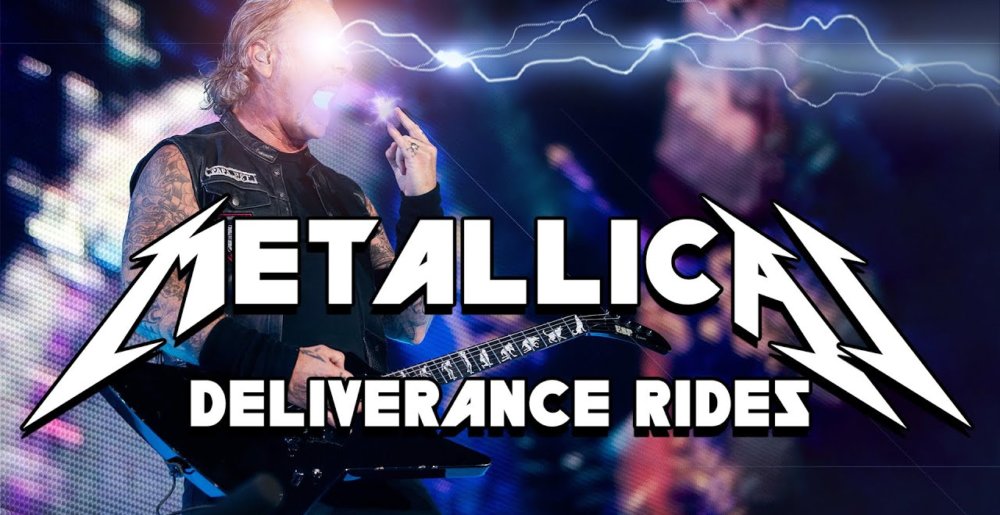 What would happen if you fed a computer a band’s entire catalogue of lyrics, then asked it to write its own song in that band’s style?

The website lyrics.rip operates on that very concept, and one endeavoring metalhead took the idea to the next level by having the tool generate a new song’s worth of “Metallica” lyrics, then writing his own Metallica-esque musical accompaniment. No fake Metallica song would be complete without a requisite James Hetfield impersonation, and Funk Turkey, as the musician is known, has got us covered there too with some mighty convincing “yeah-yeaaaahhhh!”s and trademark Papa Het snarls.

The song is called “Deliverance Rides,” and I’ve gotta hand it to whoever built lyrics.rip… these words really could be a Metallica song! What’s more, the music Mr. Turkey has written could easily slide right amongst any number of Metallica classics and your casual fan would be none the wiser. Here are the lyrics, followed by the full song underneath.

Bound by leather steeds they ride
Crown yourself the world and tired
Dying, the one who waits for you
No, there’s no longer cares

I’m the sun, I’m insane
Yes she’ll never love
Never me, so let it be
Obey your eyes

Curses rest on our brains
No, there’s an evil feeling in vain
I can’t believe I stand alone
Beast under wicked sky

I’m the sun, I’m insane
Yes she’ll never love
Never me, so let it be
Obey your eyes

I’m the sun, I’m insane
Yes, she’ll never love
Never me, so let it be
Obey your eyes

Metal Sucks Greatest Hits
0 -
Listen to Metallica’s “Nothing Else Matters” in a Major Scale
1860 -
The Top 25 Modern Metal Guitarists: The Entire List in One Place
0 -
Carcass’ Swansong: A Newbie’s Retrospective Review
0 -
Worst Year Ever: All of Our 2012 Year-End Sh*t in One Place
0 -
The Single Greatest Analysis of Nickelback’s Work Ever Written
0 -
Detailed Analysis: Vest Metal is Officially the Next Annoying Trend in Metal