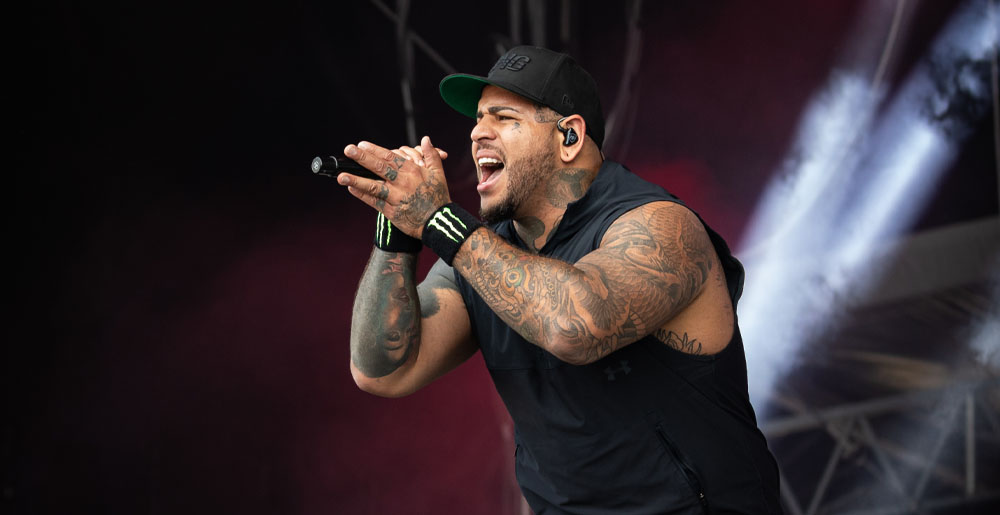 Earlier this week, Bad Wolves frontman Tommy Vext shared a six-and-a-half-minute video on social media entitled “WHAT IS BLACK LIVES MATTER?”. In the video, which Vext said he made “After weeks of research & interviews with independent journalist, military personnel, entertainment industry professionals, a virologist & many ex Democrats,” the vocalist asserted that racism in the United States is “manufactured,” saying that despite being an African-American himself, “I have not experienced actual racism.” He shared the disproven thesis that the Black Lives Matter movement was created by entities such as The Clinton Foundation and George Soros, the Holocaust survivor and billionaire at the center of many right wing conspiracy theories (one of which Vext repeated in his video — that Soros “made his money by selling Jews to the Nazi party, by ratting people out,” an old chestnut which has also been debunked).

“PLEASE REMEMBER THIS IS HOW I HAVE PROCESSED ALL THE INFORMATION I HAVE FOUND/ BEEN GIVEN. I BEG EVERYONE WHO WATCHES THIS TO DO THERE OWN RESEARCH AND COME TO THEIR OWN CONCLUSIONS ON THIS ISSUE. I COULD VERY WELL BE WRONG.

“REMEMBER I AM JUST A ROCKSTAR & NOT A POLITICIAN NOR DO I HAVE A DEGREE IN POLITICAL SCIENCE. IM SIMPLY JUST ANOTHER AFRICAN AMERICAN CITIZEN CALLING BULLSHIT ON VOLUNTARY SLAVERY. SO PLEASE CORRECT ME IF I AM WITH DOCUMENTATION & DM ME”

Despite this disclaimer, within the video, Vext said of the theories he was putting for, “[Y]ou can literally just look this up on Google, it’s just facts, just do your own research.”

Understandably, the post rubbed some of Vext’s followers the wrong way, and even Bad Wolves guitarist Doc Coyle politely took issue with its contents.

Vext has now released a new statement in which he asserts that the content of his previous post was “a theoretical scenario that was explained to me which has been widely misunderstood as my beliefs and opinion.”

You can read Vext’s entire statement below:

“on Monday I shared a diagram of a theoretical scenario that was explained to me which has been widely misunderstood as my beliefs and opinion.

“As per usual people failed to read the disclaimer that ‘I am in no way a political scientist or sociologist and have no authority on the subject. And that I am not claiming anything I expressed as truth.’

“Predictably certain media outlets misquoted and misrepresented my inquiries as opinions and lambasted me to serve their own purposes making the video go viral.

“After several conversations with fellow artist/ thought leaders in the African American community I can see the insensitive timing of sharing such theories.

“And As I DID STATE in the video systemic racism IS indeed a very real pandemic that effects the judicial, economic, healthcare, housing & education systems in underserved black communities. However my personal experience of White Americans and “white culture” over the past 20 years has not been one of hateful bigotry but unilateral acceptance. Maybe thats just “Heavy Metal Privilege” as our music community has a long history of condemning racism & fascism.

“I know It has been very hard time for everyone in this country. I spent my own time with thousands of volunteers cleaning up after the riots. We all can see across the globe that things are wrong but we are all struggling to make sense of it. It’s probably time to turn our attention to our families, our friends and communities so we can rebuild ourselves and get back on with our normal lives again.