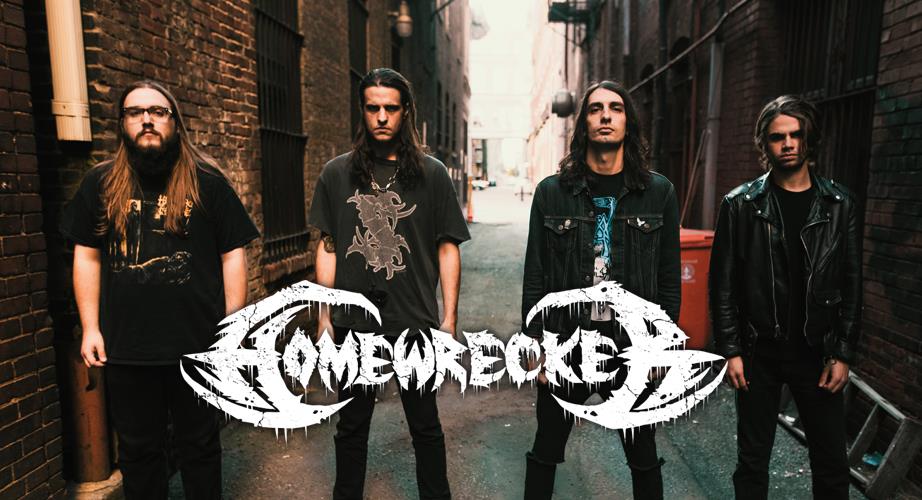 Following dozens of revelations of sexual misconductn by underage girls against Homewrecker frontman Matt Barnum, who was subsequently ejected from the band, two of their remaining members — guitarist Paul Aloisio and bassist Dalton Edwards — have both quit Homewrecker.

It isn’t clear whether that decision was related to revelations about similar predatory behavior by drummer Matt Izzi that’ve come to light over the past two days, although it does seem that the band’s official statement on the matter, in which Barnum was kicked out, was issued solely by drummer Matt Izzi.

Aloisio posted on Facebook at 12:15am yesterday morning (Tuesday, June 23):

“I am crushed beyond belief. Absolutely devastated that one of my band mates and someone I considered to be a best friend lived this secret life that hurt so many people. I am sorry that I have not said something sooner, I wanted to hear everyone’s stories as they came forward.

“I truly believe Matt Barnum is sick and for being so close to him I feel an immense amount of guilt. For being too naive to see what was right underneath my nose. In the past I can remember one specific instance in which he had made someone I knew uncomfortable, and when I told him to make things right he apologized to that person. I’m obviously not going to add this girl’s name out of respect. I had thought that was the extent as to how far anything like this could go. I was very, very wrong about that. His issues go way deeper.

“I trusted him and I believed his lies. I am disgusted, furious, sick to my stomach, and so remorseful that I was so blind to it. I just wish I had known.

“I am so sorry if by being in Homewrecker I in any way helped to enable this behavior. I put everything I had into it, I was passionate about the music and what we could accomplish as friends.

“Homewrecker was one of my favorite bands before I joined. I looked up to these guys and I never in a million years would have thought that this would be the outcome. Anyone who knows me, who really knows me, knows that I would never stand for this. I feel like I was manipulated into trusting him and being there for him as a friend. But my feelings aren’t worth half as much as the women speaking up now, they have been betrayed, manipulated, and we need to listen to their stories.

“I will listen to what you have to say and I will believe you, I will support you and I hope you are able to heal. If there is anything i can do to help, i will do it without question.”

Later in the day he followed up the above with another statement, offering clarification on his status in Homewrecker:

“It goes without saying beyond a shadow of a doubt that I am no longer a part of Homewrecker. I alpologize [sic] if that was not clear with my statement yesterday.

“I don’t know what the future holds for me, I don’t know if I ever even want to play in a band again, and I feel so sick about everything, but for right now the thing everyone needs to know is that I cannot stay in that situation for a moment longer.

Edwards issued a statement with a similar effect yesterday as well, expressing his reluctance to have any association with the Homewrecker name despite Barnum’s dismissal:

We will update this post if we get any clarification regarding Izzi.

The original social posts are embedded below.

Sponsored Links from Across the Internet
Show Comments
Related Articles
Worst Week Ever 0
Nigerian Wedding Moshes to System of a Down, Comparing the Big Four’s Album Sales, and More Stories You May Have Missed This Week
June 26th, 2020 at 5:00pm MetalSucks

He’s been kicked out of his other bands, Scorched and Crypt Rot.

Barnum was accused by dozens of women, many underage, of sexual misconduct.