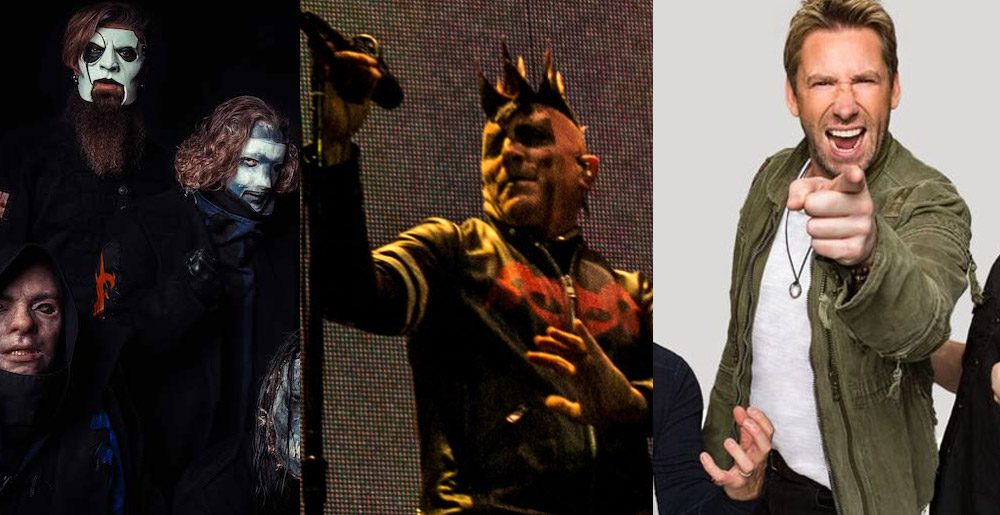 Slipknot, Tool, Nickelback and More Got Government Pandemic Assistance of $150,000 to $1 Million

Under increasing public pressure, the Trump administration finally released information detailing which American businesses received money from the Paycheck Protection Program, the $660 billion government stimulus program intended to keep small businesses afloat amidst the ongoing Covid-19 pandemic. A handful of the more than 600,000 publicly listed companies include those belonging to a number of notable metal and hard rock bands such as Slipknot, Tool, new MetalSucks favorites Nickelback, Papa Roach, Sammy Hagar, and more.

Only those businesses which received $150,000 or more are listed on the report. Those loans account for 75% of all loan dollars approved although only 13.5% of the number of loans issued (out of 4.9 million total loans) through the Small Business Administration (SBA). Paycheck Protection Program loans can be forgiven, essentially making them grants, but only if the funds are used to keep paying company staff at pre-pandemic levels.

The report groups loan recipients into dollar ranges rather than revealing the exact amount given. Most of the bands we discovered in the report’s rows were in the lowest grouping, ranging from $150,000 to $350,000.

Nickelback Touring 2 are one of the companies belonging to a more prominent band that are listed on the report. California records indicate the company’s owners are Chad Turton (Chad Kroeger’s birth name before he started going by his mother’s maiden name at two years old after his father left), Mike Kroeger (Nickelback’s bassist and Chad’s brother) and Bernard Gudvi (a business manager).

Disturbed Touring Inc. is listed as having received a loan for between $350,000 and $1 million to retain 17 employees. MetalSucks was not able to directly confirm this company belongs to members of Disturbed, but the listed address is home to Boulevard Management, a business management firm which boasts athletes, musicians and actors as its primary clients.

The companies we highlighted above out of more than 661,000 listed on the report are those MetalSucks was able to find by searching the publicly available spreadsheet for the word “touring.” Needless to say, many notable bands have corporations set up to handle facets of their business not related to touring, and others have entities related to touring that don’t have the word “touring” in them. What’s more, the report does not include bands that received loans for less than $150,000. In other words, the bands above are surely just scratching the surface of metal and hard rock acts who received PPP loans.

Another musical act who appears on the report, rapper Lil’ Jon, told The New York Times through his publicist that the funds were used to pay his core touring staff after 75 shows were canceled on account of the pandemic. We expect that the bands we’ve listed above have done the same or similar to keep their staff on board, otherwise the loans will need to be paid back or simply returned.

Slipknot’s loan application indicated the band would use the funds to retain 30 employees; Green Day, 26; Nickelback, 17; Papa Roach, 8; Sammy Hagar, 22; and Tesla, 24. It’s unclear whether those numbers include the band members themselves, which would depend on the way each business entity is set up.

You can view the full SBA report here.

Update, 2:59pm EDT, July 8: Since this article was published, we looked through the SBA document more extensively and have posted information regarding PPP loans taken by dozens more entities, including Sam Ash, Ibanez, Paul Reed Smith, Victory Records, Metal Blade Records and many, many more. You can read that here.