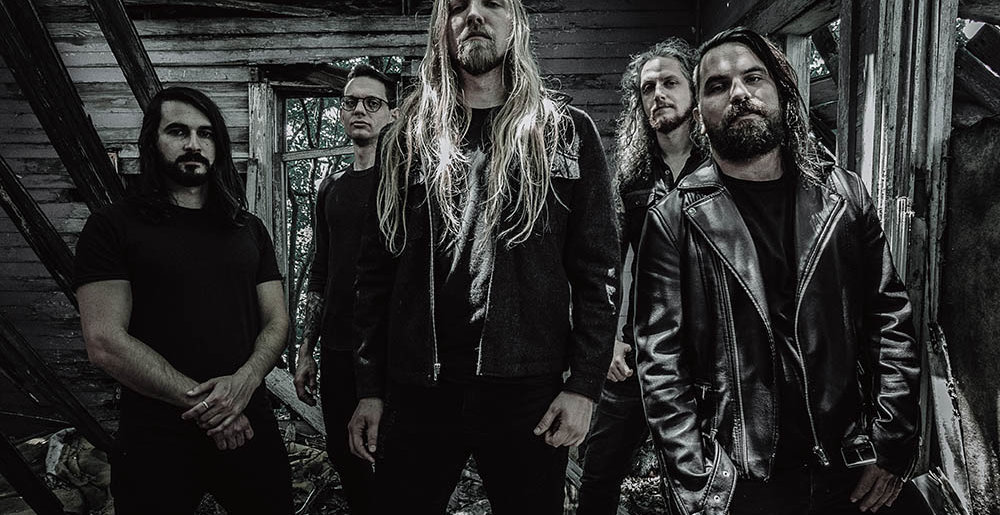 Hinayana are new to me, but I won’t soon forget them: “Cold Conception,” the debut single from their forthcoming EP, is precisely the kind of Scandinavian-inspired death-doom that gets my juices flowing no matter the time of day, season or year. If you’re into bands such as Insomnium, Swallow the Sun and Omnium Gatherum, keep on reading!

What’s more, the track features some of the last known recorded work of the late Nature Ganganbaigal, frontman and multi-instrumentalist for Mongolian folk collective Tengger Cavalry, who passed away tragically last year.

Hinayana vocalist/guitarist Casey Hurd states about the track, and of Nature’s contribution on the morin khuur (horsehead fiddle):

“While writing ‘Cold Conception,’ I wanted to create something more energetic than the other tracks on the EP while keeping the mid-paced, brooding/rhythmic sound that I enjoy writing the most. The song is about the aimless, cold, modern world man has created and somehow wandered into at the same time, and the accelerating journey to reach a point of no return where many civilizations have collapsed in the past.

“I’m honored to have been able to work with Nature Ganganbaigal of Tengger Cavalry on this track before he passed away, he was excited and enthusiastic about the project. The track features his horsehead fiddle playing, creating some of the most sorrowful and bittersweet moments the band has ever produced on this track alone, so much so that we all got goosebumps listening to his parts in the studio during the mixing process.”

Have a listen to “Cold Conception” below. The Death Of The Cosmic EP comes out August 28 via Napalm Records; pre-order here.

A melodeath in Texas.

Here’s a round-up of the best bands from the frostbitten land of throat-singing, wrestling, and killer metal.

Finberg has served as the booking agent for bands such as Nightwish, Epica, Amorphis, Warbringer, Suffocation, Immolation, Sonata Arctica, Overkill, and The Agonist, to name but a few.

Metal Sucks Greatest Hits
0 -
Video Footage of Emmure’s Frankie Palmeri Getting Electrocuted On Stage in Russia
0 -
Peep These Awesome Pop Stars Gone Metal Shirts
0 -
Listen: Every Dillinger Escape Plan Song Played At Once
750 -
Anthrax vs. Axl vs. Anso: The Worship Music Double Review
0 -
Phil Anselmo on Hearing the End of Pantera’s “Hollow” for the First Time: “I Was Floored…”
0 -
A Detailed Analysis of Slipknot’s New Masks