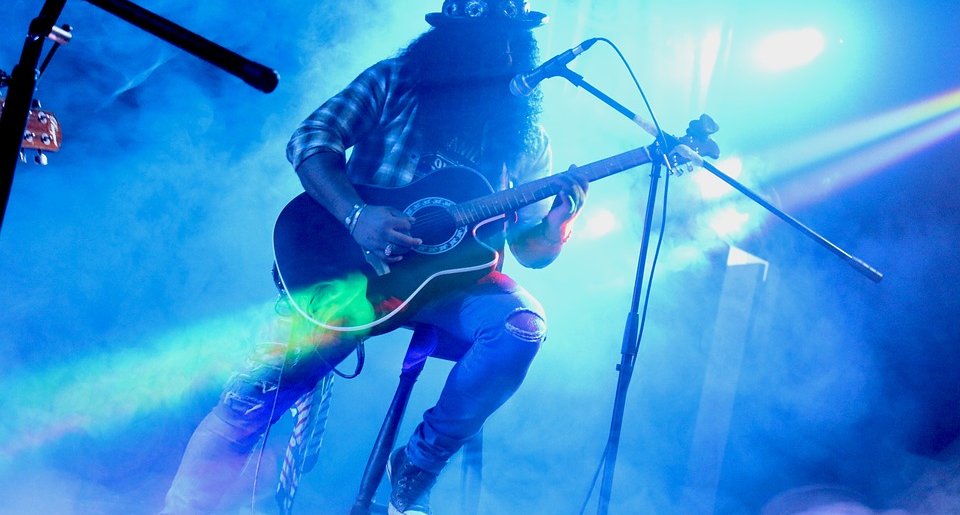 Despite having one of the most obnoxious lead singers in music history (and there have been plenty), Guns N’ Roses have had a dramatic impact on pop culture. The hard rock band (or can we call them metal?) have been able to transcend the genre, reaching music fans of all kinds in every corner of the world.

Guns N’ Roses have become a part of pop culture; songs like “Welcome to the Jungle,” “Sweet Child of Mine,” and “You Could Be Mine” are ubiquitous, as likely to be heard at your favorite corner bar as blasting in a sports stadium. Their influence goes well beyond the music industry, which you can read all about it here; a variety of licensed casino websites are now using their music and likenesses for casino style games and slot machines.

Guns N’ Roses have found themselves at the center of a recent controversy regarding President Trump’s re-election campaign. In a May 6 visit to a mask producing factory, several news reporters noticed that Guns’ remake of The Beatles “Live and Let Die” was being played as the President toured the facility.

In June, band members were in a bit of Twitter dustup with the president, not only insulting Trump but those who support him as well. While it might not be a particularly smart move financially speaking to insult fans who may be Trump supporters, guitarist Slash took the opportunity to show his support for changes that need to be implemented following the death of George Floyd. It was an interesting criticism from band members who have used both ethnic and anti-homosexual slurs in their music, amidst much controversy (even if it was a long time ago).

It All Started with the Music

While the band may be trying to build a reputation as “socially conscious” members of society, the truth is that it was the music that helped turn Guns N’ Roses into one of the most recognizable bands on the planet.

The band formed in 1985 and became hugely popular in just two years after the release of “Welcome to the Jungle.” With singer Axl Rose’s unusual voice and powerful musical to back it up, the song became an instant hit, catapulting the band to the top of the charts. The rapid climb was truly extraordinary, as there were very few hard rock bands that earned that much acclaim, especially in such a short amount of time.

Because of the lyrical content and style of music, many credit Guns N’ Roses’ success as kickstarting the backlash that would spur the grunge movement led by Pearl Jam, Nirvana, Soundgarden and others.

Making Its Way to the Mainstream

“Welcome to the Jungle” became an instantaneous hit with sports teams, especially in football, where NFL and college teams alike took to playing the song at the beginning of games to get fans pumped up. In fact, over 30 years later, the anthem is still widely played in arenas and stadiums across America. Outside of “Sweet Caroline” and “YMCA,” it may be the most played song at sporting events.

“You Could Be Mine” became almost as ubiquitous, an instant hit after being featured in the movie Terminator 2: Judgment Day. Arnold Schwarzenegger even appeared in the video for the song.

A Reflection of a Coming Generation

While the band’s music speaks for itself, the band has had quite an impact socially as well. While Rose’s iconic voice is certainly unique, his personality is much more like a cobra than a crooner. The band went through an ugly breakup in the mid ’90s directly caused by the caustic personality of their lead singer.

Guns N’ Roses were at the height of their popularity when the breakup occurred, with Rose acting far too obnoxious for his bandmates to tolerate. He frequently went into rants and tirades on stage, outbursts that were quick to turn off fans. If he were that bad on stage, one could only imagine what he was like behind the scenes.

Despite that obnoxious attitude, fans found the style of the GNR singer to be something they wanted to emulate. Axl became the perfect role model for a generation that was only concerned about themselves.

Trying to Reinvent Themselves

The band reformed a few years back and have actively worked to change their image. This is especially true for Rose, who had been touring his own version of Guns with different members for almost 20 years and spent a brief stint in AC/DC. With nearly two decades since the worst of his outbursts, Rose has been able to create a new impression of himself.

This has helped the band draw in a new generation of fans and to expand their appeal into new markets like online gaming sites. Now slot machine fans know exactly where they are – “They’re in the jungle baby!”