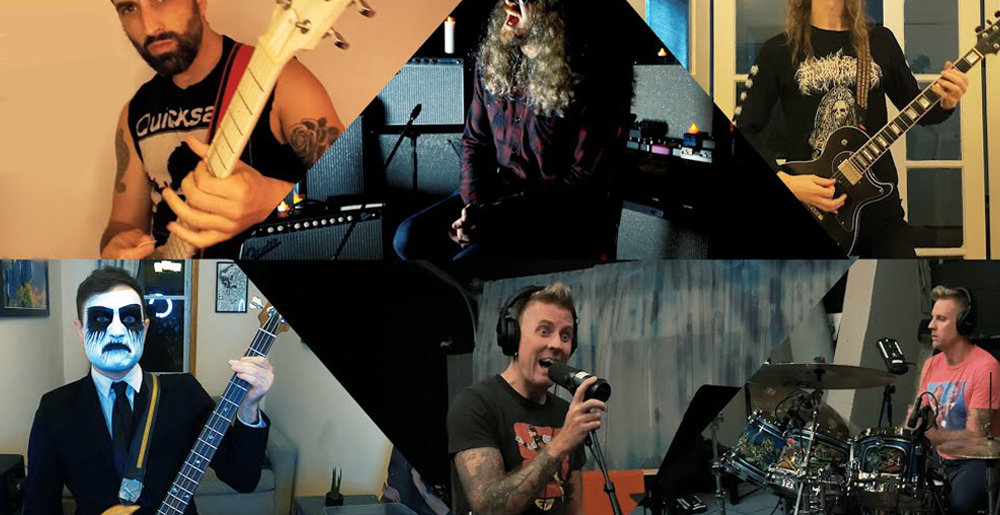 2020 marks the thirtieth anniversary of Alice in Chains’ debut album, Facelift. So it makes sense that covering the band is all the rage these days, with bands like Code Orange, Khemmis, and Thou all offering their own takes on AiC classics. That’s not even getting into the various all-star pandemic band that covered the grunge stars, or the country cover of “Don’t Follow” by Cody Jinks, or the surprisingly catchy mash-up of “Would?” and Alanis Morissette “You Oughta Know.”

Of course, you may notice a weird theme here: none of the songs covered have actually been from Facelift. In fact, they’ve all been Alice in Chains’ second album, Dirt (1992), save for the Jinks cover. Which I kinda get — Dirt is ultimately AiC’s supreme masterpiece, and it’s generally much heavier than Facelift. Still, would it kill someone to take on “It Ain’t Like That” or “Sunshine”?

Hopefully Facelift will start getting a little more cover love soon. In the meantime, we now have a cover of another track from Dirt, “Rain When I Die.” This one arrives courtesy of the “Bedroom Covers” series shepherded by Two Minutes to Late Night host Gwarsenio Hall (né Jordan Olds), and includes the following musicians:

As has generally been the case with covers in this series, the group has put at least somewhat of their own spin on the material. So I know it sounds like I’m bitching that no one can be bothered to record a new version of “I Can’t Remember,” and I am, but also, this is still good. So. Yeah!

Check dat shit out below:

Metal Sucks Greatest Hits
0 -
Video: Dudes Rockin’ Out to Van Halen Meet David Lee Roth, Have No Idea Who He Is
0 -
Teenage Environmental Activist Greta Thunberg’s UN Speech Turned into a Swedish Death Metal Song
0 -
Which Bands are “The Big Four of Death Metal”???
0 -
Why are metal fans hopelessly stuck in the past??? :(
0 -
Oderus Urungus from GWAR Reads Goodnight Moon
710 -
Metta Mind Journal with Cynic’s Paul Masvidal: Hair Identity and Being Yourself