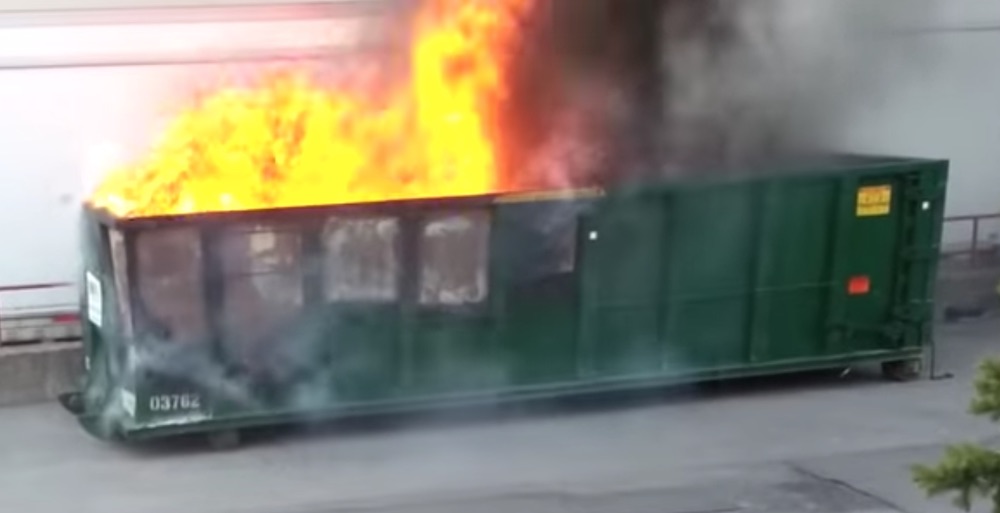 A Detailed Analysis of the New Song and Music Video by Chris Holmes (“Formably of W.A.S.P.”)

Having just launched the world’s first-ever GoFundMe campaign to be hosted by Indiegogo in order to fund a new album, Chris Holmes, “formably of W.A.S.P.,” has now released “Playing with Fire,” the first single from that album.

The song, which tackles the current coronavirus pandemic, may or may not have been unveiled because the crowdfunding campaign is not going well; in the 72 hours since I last covered it, it has added less than a thousand dollars to its pot. As of this writing, it has only achieved 9% of its $39,368 goal. There’s still 52 days left to raise the money, but if the rate of contributions maintains its current pace, that will still bring the campaign up short by roughly 50%.

So will “Playing with Fire”convince fans to open their wallets? Probably not.

Which is not to say it’s without entertainment value, especially when experienced via its equally-brainless music video.

I’m going to give Bolan and Grimmett the benefit of the doubt and guess that they didn’t write their own lyrics (How did Grimmett even get roped into this? Hasn’t this poor dude suffered enough?). I can’t extend any such courtesy of Black or Tindall, though, because I don’t know any of their other work. I just listened to Phoenix in Flames for the first time on Spotify and was disappointed to learn they sound nothing like In Flames or the Converge song “Phoenix in Flames.”

The first verse is sung by Tindall, and the lyrics immediately tell you that this song is gonna be something really special:

This verse is complimented, in the video, by what appears to be stock footage of various profound images, like an empty kids’ swing set, old people hugging, children in face masks, clouds, empty streets, and people standing around a bunch of large metal crates while their smoke machine goes haywire off-camera.

There is also, of course, lots of fire.

The second verse belongs to Grimmett.

Stick your hand in the fire
Don’t think it will burn
What will it take
For you to learn? The world keeps burning
The people will die
It’s so sad
I think I’m gonna cry

Accompanying images for this verse include an adult in a face mask, sunflowers, a woman opening window curtains, and, of course, more fire.

After it’s Bolan’s turn to embarrass himself, but he ends up actually getting off pretty light, mostly because his vocal style makes it hard to tell what he’s saying. Given what is audible (“The storm is coming/ I think it’s already here/ Better run for cover/ Or crawl in fear”), I assume it’s more trite stuff that rhymes.

Then we get a Chris Holmes guitar solo. In the video, Holmes appears to be doing this while standing in front of — what else? — a fire. I’m 97% certain the fire was added in post, and 100% that the footage of Holmes was filmed vertically on a phone. It is intercut with a brief shot of a guy in a weird costuming banging a drum in front of a different fire someplace else. Also, Holmes appears to forget he’s supposed to be playing at one point, waving his right hand at the camera when it should be picking.

The final verse belongs to Black, which makes sense, because he’s Canadian:

Land of the free
Home of the brave
Who’s gonna die?
Who can we save?
Who do you trust?
Who do you blame?
They lied to your face
They have no shame

Although the video does include some patriotic imagery for this section of the song, it also shows us a map of Europe right as Black sings “Land of the free.” So.

The video concludes with a bunch of happy images, like fires being extinguished, the man from the second verse taking off his mask, a toddler running in the grass, and the closing credits which let you know you can move on with your life now.

If you’ve somehow read all of this, I assume you’d actually like to watch the video now. Have fun, sucker:

His death was confirmed via his family.

Last week, we reported that Chris Holmes, former guitarist of […]