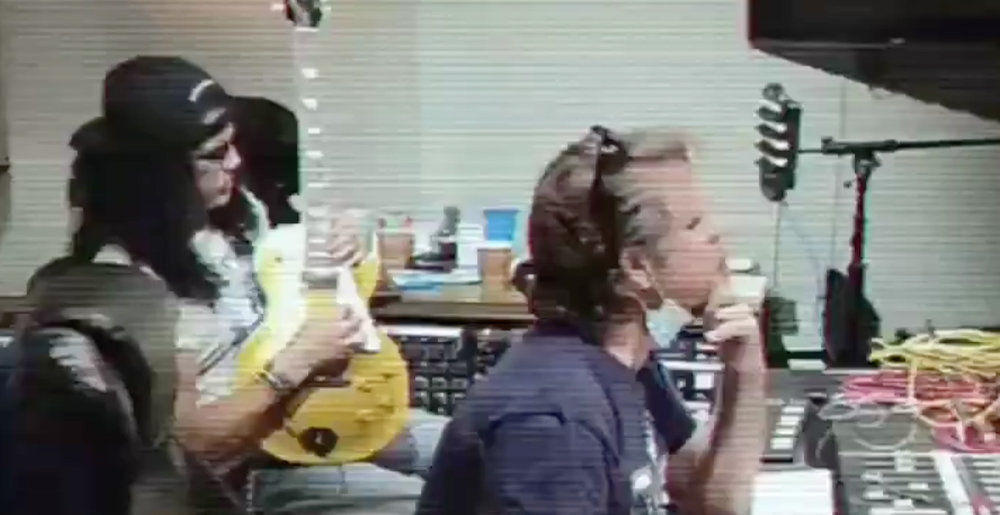 Odd bedfellows though they may seem, Guns N’ Roses guitarist Slash and legendary film producer Robert Evans have a long history together. I’m not entirely sure how the heck they became friends, but I suspect it had something to do with Slash playing the theme from The Godfather — which Evans produced — at every GN’R show from roughly 1991 on.

When Evans’ memoir, The Kid Stays in the Picture, was turned into a documentary in 2002, Slash recorded a studio version of the track.

A year later, Slash turned into a recurring character on Evans’ short-lived animated series, Kid Notorious. Both the guitarist and producer played themselves.

Which brings us to the present: during a recent interview with Chicago’s WGN News, everyone’s favorite top-hatted musician revealed that he has now recorded a rendition of another theme from a famous Bob Evans movie, Love Story. That 1970 megahit hasn’t had the same staying power as some other Evans productions; modern audiences probably know it best for the now-cliché, often satirized line “Love means never having to say you’re sorry.”

In fact, video of Slash recording the track, which was originally composed by Francis Lai, popped up online last month. But none of you told me because you’re loyal readers but lousy friends :(

So when can you hear the entire thing? Unclear. In the interview, Slash said that “we’re probably gonna release [the song] online,” but he didn’t provide a timeframe. The one year anniversary of Evans’ death is October 26, so maybe sometime around then…?

Meanwhile, elsewhere in the interview, Slash confirmed, for the umpteenth time, GN’R are working on new music. That should be released sometime around 2176. Kidding. But actually no we have no idea when we can expect that, either.

In the meantime, Guns have a buncha tour dates lined up for 2021, and they’ve just unveiled a new pinball machine, which Slash helped design.