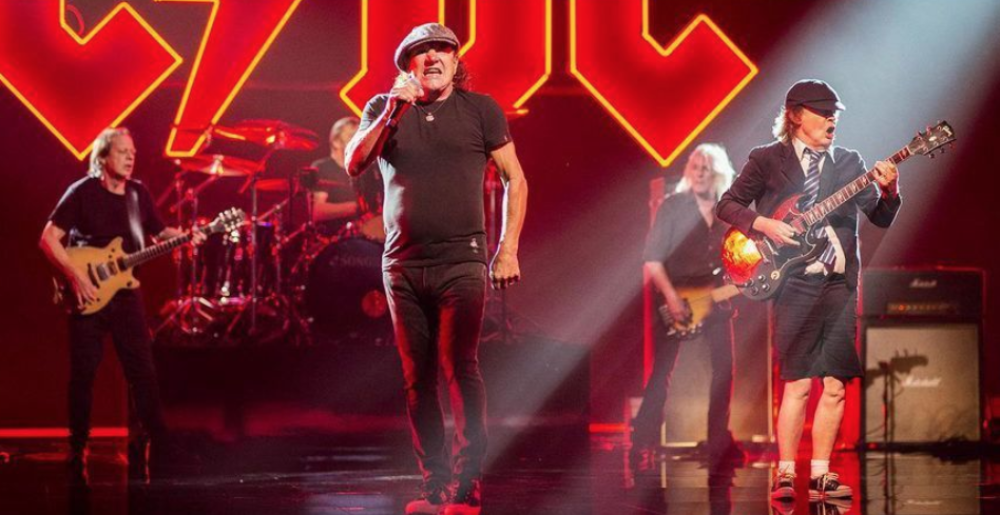 Rock n’ roll, in its 70 or so years of existence, has changed the world, its influence far-reaching way beyond the music itself. It has informed, influenced, and soundtracked many aspects of popular culture, and AC/DC, without a doubt, are of the most popular bands to ever do it.

AC/DC are one of those bands that seem to have been around forever; the landscape of rock without them is just unthinkable. Formed in Australia (by way of Scotland) by brothers Malcolm and Angus Young in 1973 — with their distinctive blend of hard rock, blues rock and heavy metal — they rose to become one of the most iconic and popular rock bands on the planet. With 17 studio albums to date — the eighteenth, PWR/UP, drops on November 13 —  they continue to go strong, playing their anthems to hordes of fans around the world (Covid excepted) despite the recent death of Malcolm Young.

But their music is featured beyond arenas and stereo systems, the soundtrack to countless movies, video games, and more. Let’s look at some examples that illustrate just how massive of an impact AC/DC have had on pop culture.

The original, starring Charles Bronson, is a classic, and while the Bruce Willis version doesn’t quite live up to it, the latter still provides its fair share of thrills and spills. AC/DC’s classic track “Back In Black” adds some rock n’ roll energy into the proceedings as Willis goes from trauma surgeon to armed vigilante.

Tony Stark makes one hell of an entrance to the Stark Expo scene, diving from a plane in the Iron Man suit and landing on the stage with no pyrotechnic expense spared. And just to make the scene even more epic, he does so to the AC/DC stomper “Shoot To Thrill.” Immense.

Iron Man pops up again, once again to “Shoot To Thrill” — although under slightly different circumstances — in The Avengers. Captain America is just about to have his ass kicked by Loki when all of a sudden those iconic power chords kick in and Iron Man saves the day.

An illuminating biopic of a love-him-or-loathe-him figure, the shock jock Howard Stern, the film is apparently fairly fictitious, but larger than life and as entertaining as its subject. Whatever you think about it, and Stern himself, you’re treated to a performance of “You Shook Me All Night Long” complete with Angus Young in his trademark schoolboy outfit, duck dancing across the stage.

James Van Der Beek was at the height of his fame in this coming of age comedy-drama film set around a small high school American football team. It tells the story of Mox, a talented scholar and a quarterback with dreams of leaving the small town and going to university who has to deal with a heavy-handed and overbearing football coach. AC/DC’s “Thunderstruck” rings out over slo-mo action sequences.

Online slot machines are very simple, but with new technology can be enhanced with great graphics, music, and even different levels and narratives. Online casinos recognized the importance of pop-culture-themed games, so whether you are interested in comics, movies, or music, casinos with variable game selection provide something for everyone. The AC/DC slot that uses the band’s various classic tracks as background music is a must-do for providers who want to be the real banger. Sounds like heaven for AC/DC fans.

The Tony Hawk skateboarding game franchise has always had brilliant music. Kickflipping, grinding, and ollying your way around immersive and varied levels to good music always makes it even more fun. The title track from the classic album T.N.T. is featured on this installment, and it’s one of the most addictive and playable games in the series.

AC/DC were the first band to get their very own version of this instant-classic game in 2008. Players get to try their hand at simulating the performance on different instruments and a USB mic across 18 tracks of AC/DC power.

Perhaps as a nod to Varsity Blues (mentioned above), “Thunderstruck” has been used in many of the titles in the Madden franchise since 2011. Maybe the testosterone-charged riffing and heavy rhythms just go well with football?