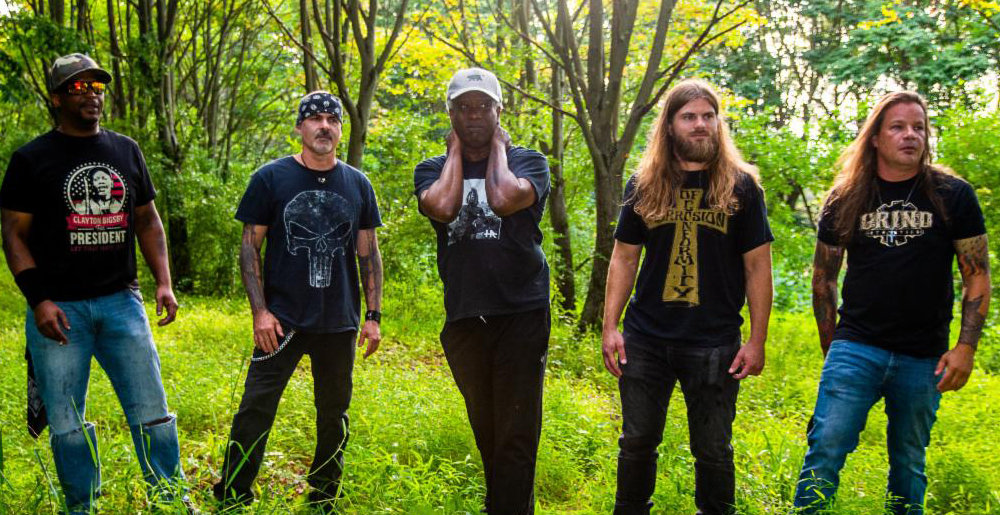 Disciples of Verity, the new project featuring singer Corey Glover (Living Colour) and drummer Corey Pierce (ex-God Forbid), have released a new song, “I Am I.” In addition to be just as heavy n’ groovy as the other three songs the band has debuted thus far (“The Flow,” “Lying to Myself,” and “Worthy“), the track has some extremely relevant lyrics, such as “I scream but no one hears me/ I can’t breathe.”

You can check out the song via the below music video.

Says Glover of the clip:

“My hat goes off to the folks doing all that hard work to make this video.The director and the crew did a great job. The story they told was one of struggle and overcoming a system that more often than not, puts people (women) in financial and physical danger. I am proud of everyone who was involved in telling this story.”

“We had a great couple days of shooting with Tony at Kennette Productions. We trusted his vision of what the video needed to capture, and we made it happen. Once you have a good team in place it makes our job that much easier.”

Disciples of Verity’s debut album Pragmatic Sanction, is scheduled for release next year via The Label Group. You can pre-order it here.

Byron talks about the vinyl reissue of 'Gone Forever,' the band's upcoming reunion, and more!

The duo obviously decided that their solemn tribute to Ukraine was lacking.

Metal Sucks Greatest Hits
0 -
The Red Chord’s Guy Kozowyk is a Police Officer Now
0 -
Why There Will Never Be Another Metal Band as Big as Metallica
0 -
Has Moshing Turned Into a Form of Bullying?
0 -
Video: A Young Mr. Bungle Play Their High School Talent Show
450 -
Free Download for Your Listening Pleasure: NYC Sucks, Volume 1, Featuring The Best of New York City’s Metal Scene
0 -
BREAKING: Some Local Band Called Shrapnel are Tired of You Leaving the Show Before Their Set