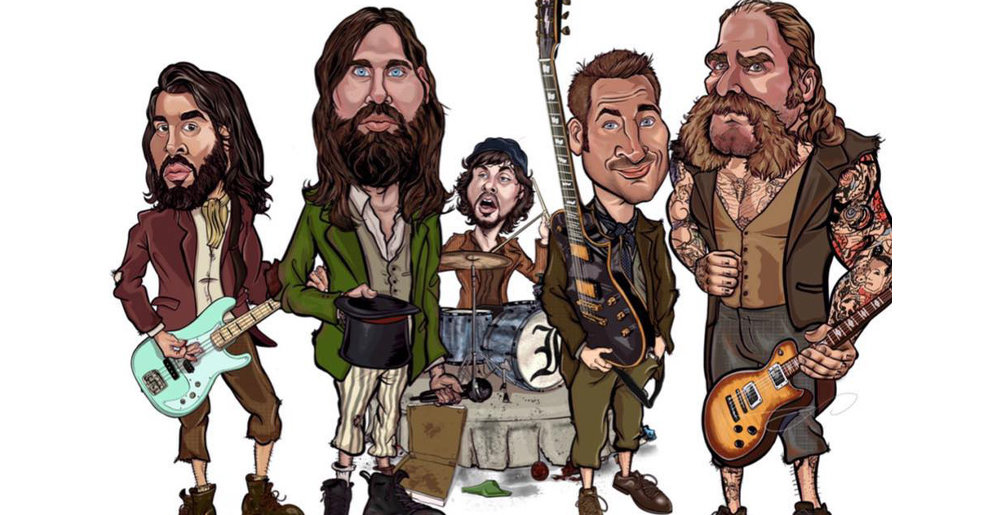 HO, HO, HO! Santa has a concussion from his rasslin’ match with Andy Williams, when the guitarist hit the jolly fat fuck over the head with a chair. The result? Ol’ Saint Nick delivered the metal community’s collective gift early: not one, but two new songs from Every Time I Die, “A Colossal Wreck” and “Desperate Pleasures.”

These are ETID’s first new jams since they released Low Teens in 2016, and boy oh boy, were they were the wait. Engineered, produced, and mixed by Fit for an Autopsy guitarist and production guru Will Putney (Norma Jean, Body Count, etc.), these tracks fucking WRECK SHIT. I can’t really see any ETID fan being disappointed.

You can check out both songs below.

They arrive just in time for Every Time I Die’s upcoming livestream event, which will take place on December 19 in lieu of their annual hometown “Tid the Season” holiday concert. Get all the details here.

Earlier this year, Mr. Williams told us that ETID’s new album would be “fuckin’ crazy,” “wild” and “dangerous.” The Buffalo band released a 25-second preview of an unnamed new song in early April and a 45-second teaser of a different tune over the summer. So hopefully the new album will arrive in 2021.

Tags: every time i die

Metal Sucks Greatest Hits
0 -
The Top Ten YARLERS of All Time
0 -
Avril Lavigne Must Be Stopped
0 -
Two Eleven-Year-Olds from Brooklyn Start a Metal Band, Awesomeness Ensues
0 -
A Sh*tstain on the Ass of the Universe, #28: Lie or Liar
0 -
Someone Made a Lemmy Doll from a Mr. Potatohead
1860 -
The Top 25 Modern Metal Guitarists: The Entire List in One Place