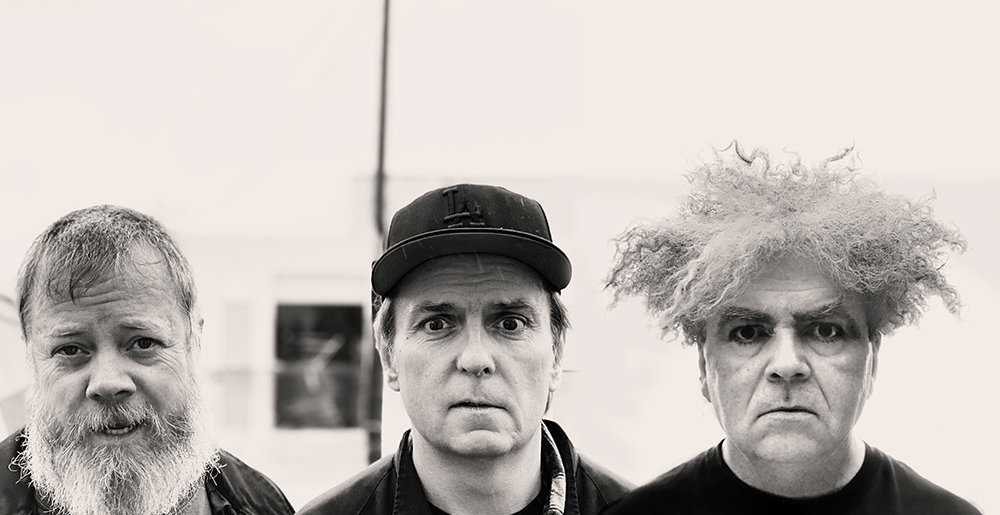 Melvins, working under the moniker of Melvins 1983, are readying a new album, and they’ve unveiled its first single, “Brian, The Horse-Faced Goon.”

Melvins 1983 “is as close to the original Melvins lineup as we’re willing to get,” according to press copy about the version of the band that’s as close to their original 1983 lineup as… well, like they said. King Buzzo, the last original Melvin left standing, and nearly-original member Dale Crover (who’s been with the band since 1984) have once again teamed up with original Melvins’ drummer Mike Dillard to record a new album called Working With God.

“‘Working With God’ is a damn good record.

“It’s the album bands like Green Day and Metallica wish they could put out if they only had the guts.

“Foo Fighters maybe but probably not.

Check out “Brian, The Horse-Faced Goon” below. Working with God comes out on February 26 via Ipecac; pre-order here. The previous Melvins 1983 album, Tres Cabrones, came out in 2013.

Metal Sucks Greatest Hits
0 -
The Best Metal Albums of 2013, As Chosen by Metal Musicians Themselves — Part I: Machine Head’s Robb Flynn
0 -
Will People Please Shut Up About the “Fake Amps on Stage” Debate?
0 -
I Am The Working Class: The MetalSucks Interview with Fenriz
0 -
If You Like Bass Dogs, You’ll LOVE Drum Fish
60 -
BETTY WHITE TOUCHED SLASH’S PYTHON (DON’T WORRY, IT WAS JUST THE TIP)
0 -
That Time Shaun Got Drunk and Filmed a Music Video with His Cat