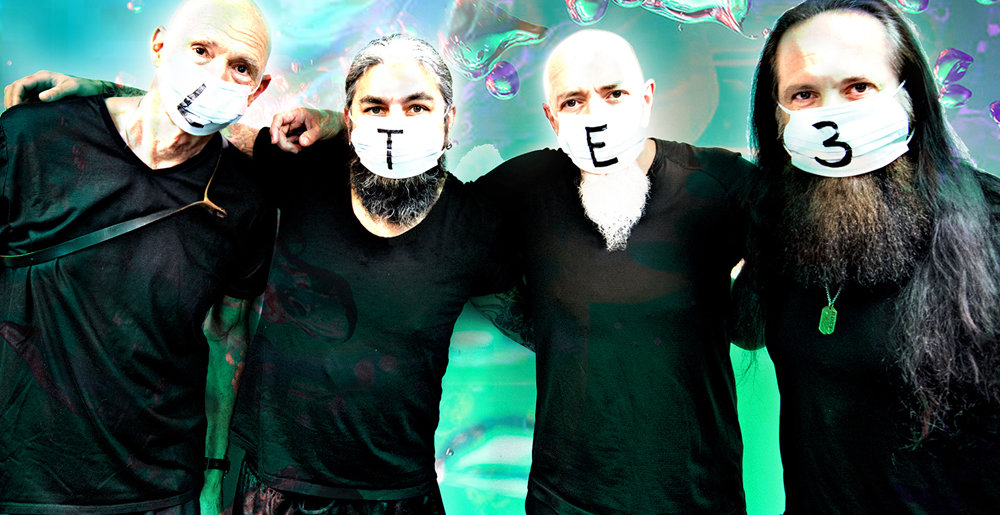 The reunion between John Petrucci and Mike Portnoy on Petrucci’s recent solo album, Terminal Velocity, has not (and apparently will not) lead to the Dream Theater/Portnoy reunion for which some fans were hoping…

For the three of you who don’t know: Liquid Tension Experiment is the progressive instrumental jam band featuring Petrucci, Portnoy, DT keyboardist Jordan Rudess, and King Crimson bassist Tony Levin. It basically ends up sounding like Dream Theater without the worst part of Dream Theater. And not only has it been more than twenty years since they last made a record — they haven’t even played live together since 2008.

But a new tweet from Rudess, featuring the above photo, suggests that the group is now working on Liquid Tension Experiment 3:

Alas, that’s all we know right now. But fingers crossed, LTE3 is coming in 2021.

Meanwhile, Dream Theater are also working on their next record. Petrucci has said he may use 8-string guitars, which is exciting news for nerds.

DT recently released a new live set, Distant Memories – Live In London. You can watch that set’s performance of “The Spirit Carries On” here and order it here.