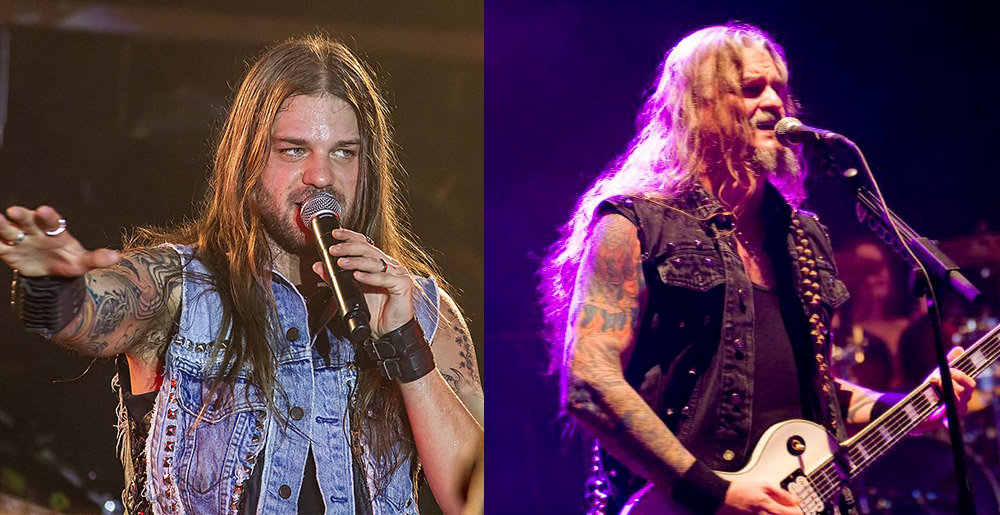 Iced Earth vocalist Stu Block came under fire this past weekend for what appeared to be deleting comments and banning fans who questioned his political views, and for what most certainly was a complete failure to condemn the actions of Jon Schaffer, the Iced Earth guitarist/leader, and Stu’s boss. Schaffer is now wanted by both the Washington, D.C. police and the FBI for his participation in the riots at the Capitol last Wednesday, January 6.

Block has now issued a new statement in which he attempts to explain his behavior. In some ways that explanation is helpful and makes sense, but it also falls completely short of the full-throated condemnation many fans were hoping for.

The short version of Stu’s explanation is this: the January 6 post he later deleted, which appeared to support the riots, was initially published when the pro-Trump gathering was still just a protest, before it devolved into a raid on the Capitol, and he pulled the post once he realized it’d be misinterpreted in light of the violence that unfolded. That’s fair enough. The statement goes on with platitudes about how he supports the right for peaceful protests, but does not support violence; also fair. Further, he says he misread a fan’s post with the word “condemn” as “condone”… alright, we’ll have to take his word on that one.

But his latest words fall woefully short in two ways: 1) he still doesn’t mention Schaffer by name, refusing to say whether he agrees with Schaffer’s actions or not, 2) by extension, he doesn’t say whether he agrees with the sentiment behind the protests. Is Block a pro-Trumper who thinks the election was stolen? He is clearly skirting the topic, instead offering platitudes about how he doesn’t support violence. What’s more, he didn’t even touch on the fact that, ya know, he’s been deleting comments and banning his own fans, other than to say he did delete a few comments by “some very obsessive hateful people” (the comments we saw were quite respectful and simply made reference to the screenshot).

Anyone reading this who has a brain can likely figure out where Stu’s opinions on those issues lie, however, especially in light of other comments he’s posted online of late. The dude’s a fucking Trumper. Either that or he’s REALLY scared to lose his job in Iced Earth by vocally opposing the politics of his boss… which is entirely possible. In which case he’s willing to be complicit in the racism, bigotry, lies and absurdity of the Trump administration to hang on to his job that isn’t even an active job right now. Cool, cool. Either way, a real winner!

“First I want to thank everyone for the amazing support you have shown. Unfortunately It has come to my attention in recent days about a screenshot someone made. There were some very obsessive hateful people posting the screenshot that I did have to remove from my social media. I do want to extend my apologies for the poor way I worded two Facebook posts on January the 6th. I’m human and I make mistakes. My wording was absolutely misunderstood and not properly thought out on my part and I know people and media can interpret things differently. At that moment I saw a historical thing happening that perhaps would cause divide amongst people everywhere so I sent love out to everyone as well. I quickly took the post down after I realized that the post I put up with good intentions to encourage discussion about what was happening at that moment was severely misinterpreted by some. This was all happening before I found out about the horrible line that was crossed that day by protesters. I also carelessly misread a comment someone posted on my official Facebook page and replied incorrectly and for that I am sorry. I was in the heat of the moment. In the post, the commenter said: “Are you condemning what happened today Stu?” I replied: “and where in my statement would you get that impression?” In the craziness of responding to so many comments, some very hateful in nature which were also coming at me in rapid fire, I read the word as “condoning” which I DO NOT!! I see that this inaccurate misinterpreted screenshot has been shared on various social media pages and I want to go on record to say this AGAIN:

“I absolutely DO NOT condone nor do I support ANY acts of violence or anything else that ANY protester or rioter was involved in on January 6th at the US Capitol building.

“If you follow me, you know I am generally a man of Peace, Kitties and Music. I do believe in peaceful protest and expressing your grievances , I believe in questioning authority when it’s appropriate, but I also believe that it should be done in a peaceful, respectful and intellectual manner and within the confines of the law. Again I apologize for any confusion. That’s it that’s all. I have been and will be taking a social media break and this is the only time I will ever address this inaccurate misinterpreted screenshot. Much Love and Stay Strong.

Still no word on Jon Schaffer’s whereabouts. Several of the other participants in the Capitol raid have since been apprehended.

Metal Sucks Greatest Hits
3220 -
What is UR Favorite Classic Nu-Metal Band??
0 -
For $16,000, Ted Nugent Will Stay the F*ck Away From Your Town
0 -
Dave Mustaine Mourns the Loss of Twinkies, Endorses Secession
0 -
Converse Rubber Tracks x MetalSucks: Everything All in One Place
1480 -
Being in a Band is for Losers [Scientific Proof]
0 -
France’s Got Talent, too: Beautiful French Girl Performs Heavy Metal Song on TV