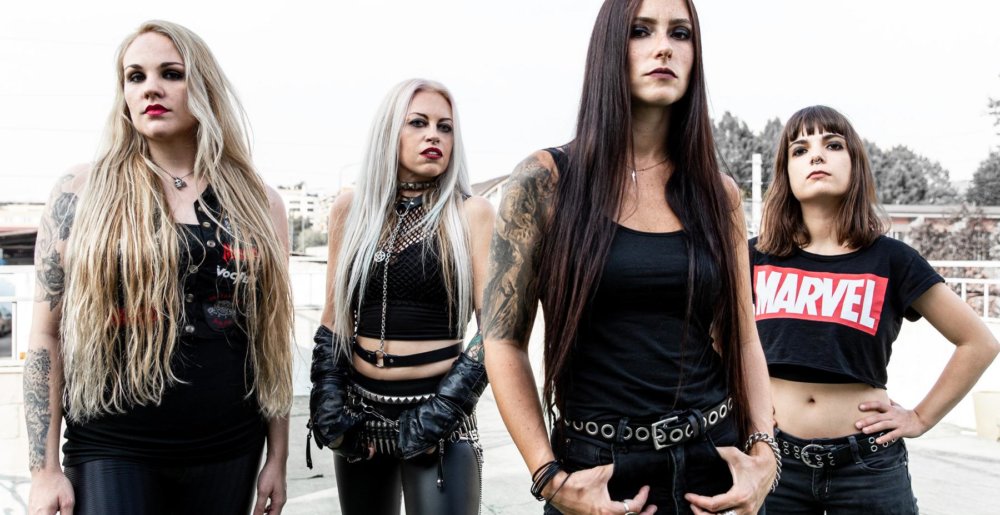 Nervosa’s Essential Thrash/Death Picks from the ’00s and ’10s

Genocide, suicidal thoughts, the rise of corporations/big industry and the destruction they cause, homeless youth and religious hypocrisy… these are themes that’ve been ever-present in thrash and death metal’s greatest rippers as long as they’ve existed.

Brazilian thrashers Nervosa are the latest act to carry the torch of dystopian lyrical themes atop bludgeoning death metal riffs, breakneck thrash beats and stomach-churning vocals. to celebrate the release of their new album, Perpetual Chaos, out January 22 via Napalm Records (pre-order), we asked the band to provide us with a playlist through which new listeners could get acquainted with the band’s influences. But rather than regurgitate the same old list of songs by Metallica, Slayer and the like — OBVIOUSLY those are influences — vocalist Diva Satanica decided to focus on some of the band’s collective favorite thrash and death metal songs from the past two decades. And there are some absolute rippers!

Satanica commented of the playlist, and the role these bands played in her musical development:

“I discovered extreme metal when I was almost an adult, so for the most part, the musicians involved in these bands are the same age as me. That was a very big source of inspiration, because I found out that I could be in that position someday, and this encouraged me to keep trying to be better. When I listen to these bands, it reminds me of the very beginning of my career as a musician and how hard it was to come to this point, so thank you guys for the music!”

Give her playlist a spin below, and check out the first single from Nervosa’s upcoming album, “Guided by Evil,” underneath.