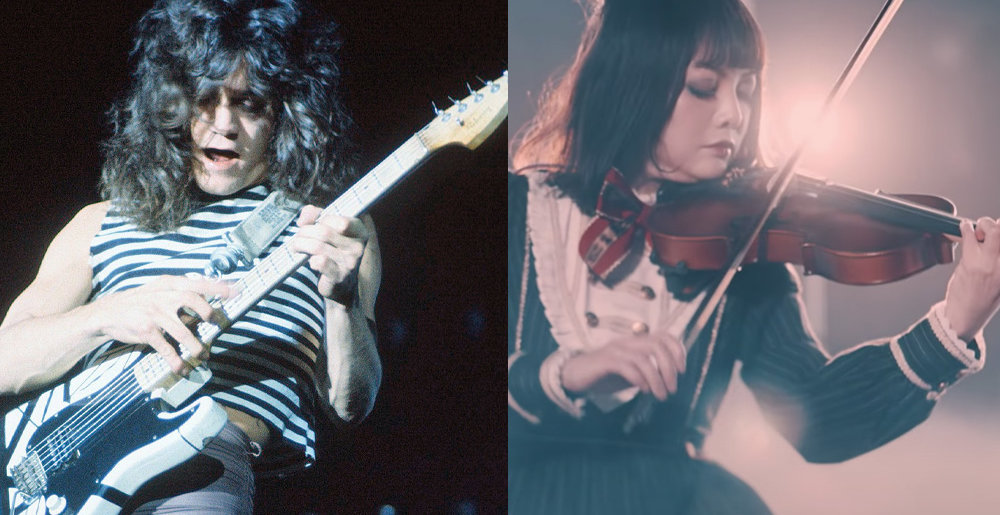 This Violin Cover of Eddie Van Halen’s “Eruption” Is Stunning

There have of course been no shortage of excellent tributes to Eddie Van Halen since the legendary guitarist died this past October. Still, I hereby declare this violin cover of “Eruption,” by the artist known simply as ‘Jill,’ to be one of the best.

Why? So glad you asked. With her most excellent translation of the track that inspired, conservatively, eighteen-trillion shredder wanna-bes, Jill — a member of the Japanese metal band Unlucky Morpheus — demonstrates that power of Eddie’s musicality (and his influence!) transcends rock guitar. The world’s grumpiest curmudgeon might dismiss Eddie as “just” a metal guitarist, or try to argue that he’s somehow undeserving of his position in the rock pantheon because he’s not Jimi Hendrix.

But if they saw this and had no idea it was a cover of an Eddie Van Halen track, I imagine, they’d have to either conceded the man’s brilliance or tacitly admit that the stick up their ass has now pierced their brain and forever hindered their cognitive abilities.

Check out the cover below. The track appears on Unlucky Morpheus’ new album, Loud Playing Workshop, which also includes covers of songs by Yngwie, Steve Vai, and Michael Schenker, amongst others.