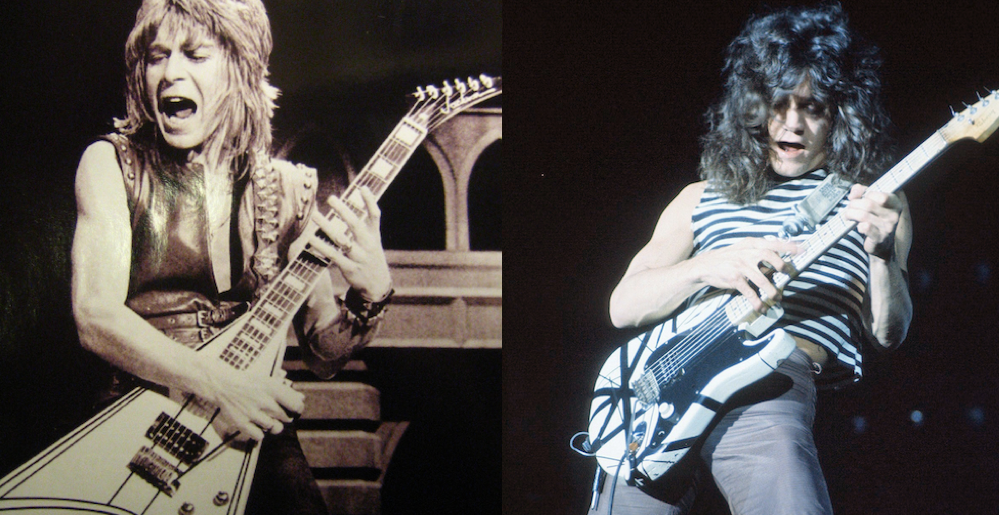 Everyone knows that the metal scene—and guitar music as a whole—owes a lot to Eddie Van Halen for his contributions to the way musicians play, approach and just generally think about the instrument. It’s probably not off base to say that Eddie Van Halen is one of the most influential people on what metal would become.

Achievements don’t mean that everybody loves you all the time, though, as appears to have been the case between the late Van Halen and late Ozzy Osbourne guitarist Randy Rhoads. In a new interview with Rolling Stone, the Ozzman tells the interviewer that there was a rivalry between Eddie Van Halen and Randy Rhoads because their bands at the time (Van Halen and Quiet Riot) were both known on the Sunset Strip.

Van Halen blew up first and the guitarist who lent his name to the band said that he taught Rhoads his techniques, something Osbourne denies. He told Rolling Stone:

“I heard recently that Eddie [Van Halen] said he taught Randy all his licks … he never. To be honest, Randy didn’t have a nice thing to say about Eddie. Maybe they had a falling out or whatever, but they were rivals.”

The music business is a lonely place sometimes, especially when two artists are gunning for the top, so it makes sense the two could’ve had an issue. Elsewhere in the interview, Ozzy said that sometimes he doesn’t really understand how some metal bands were influenced by Black Sabbath.

“Bands on the Ozzfest would say, ‘Man, Sabbath influenced me.’ I’d listen to some of them, and I’d go, ‘I guess I can hear a bit of Sabbath there.’ But other bands, I’d be like, ‘What the fuck is going on?’” He growls in his best death-metal vomit voice: “Death, die, arrrgh.” “Man, what the fuck is that all about?” he asks. “But then again, we gave somebody a stage.”

Metal Sucks Greatest Hits
3160 -
Down With The Sickness: God Forbid’s Doc Coyle Takes on Mainstream Metal
2080 -
The History of Metalcore/Screamo
0 -
Listen to Metallica’s “Nothing Else Matters” in a Major Scale
0 -
Comedian Rob Delaney’s Open Letter to High on Fire’s Matt Pike
0 -
The Top Ten YARLERS of All Time
2780 -
Jumping Darkness Parade: Eyal on Bands That Can’t Duplicate Their Album Live