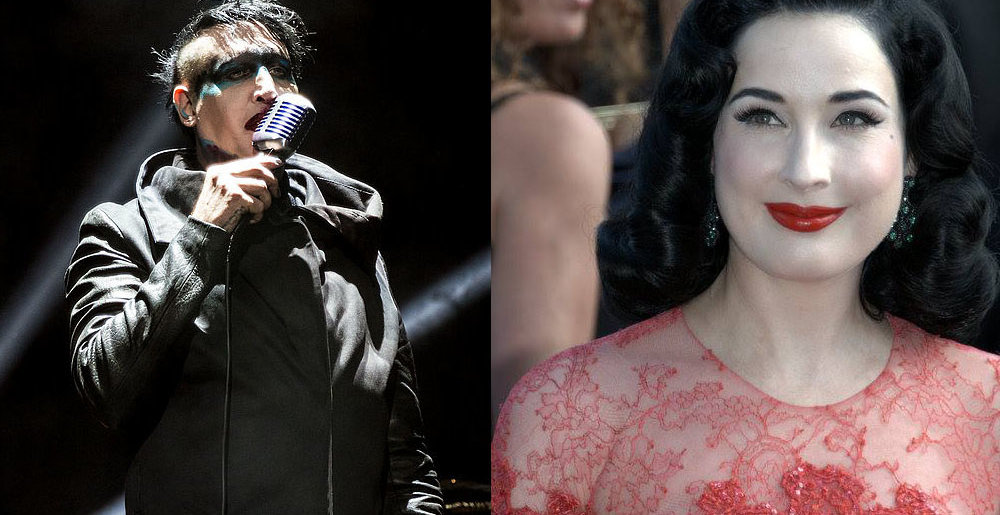 Marilyn Manson’s ex-wife, burlesque star Dita Von Teese, has released a statement regarding the recent allegations of abuse leveled against her former husband.

On Monday, February 1, Westworld star Evan Rachel Wood wrote a post on Instagram in which she said that Manson, her former fiancée, “horrifically abused me for years.” While she has implied in the past that Manson abused her, this was the first time she explicitly mentioned his name. Since then, there’s been an avalanche of similar accusations from other women.

In her statement, Von Teese (born Heather Renée Sweet) says that “the details made public do not match my personal experience during our 7 years together as a couple.” She does not, however, offer a full-throated defense of the shock rocker, asserting that “Abuse of any kind has no place in any relationship.” She also reiterates that she left Manson a year after their 2005 marriage “due to infidelity and drug abuse.”

You can read Von Teese’s entire statement below.

Since the allegations against Manson emerged on Monday, at least three people who have known the singer closely have made statements of support for his victims:

Meanwhile, TMZ reports that Manson’s home “was swarming with cops” last night (February 3) after a friend contacted authorities to say they couldn’t reach the singer and were concerned for his well-being:

“Law enforcement sources tell TMZ they received a call Wednesday for a welfare check by someone who said they hadn’t heard from the singer and were worried something may have happened to him.

“We’re told several officers hit the Hollywood Hills home and made several attempts to get Manson to come and speak with them to no avail. At one point, an LAPD helicopter circled overhead, shining a spotlight onto the property.

“Our sources say Manson never answered, but after some time, cops were able to get in touch with a rep for the singer who said everything was fine, and that Manson simply didn’t want to come out … cops left shortly after.”

You can view photos of police outside Manson’s home here.

Shortly after Wood’s story broke, Manson’s label, Loma Vista, promptly dropped the singer and scrubbed their website of his likeness and merchandise. He has since been fired from acting roles on the TV shows American Gods and Creepshow, and his agency, CAA, has severed ties with him as well.

Metal Sucks Greatest Hits
0 -
Why are metal fans hopelessly stuck in the past??? :(
0 -
Science Explains How Metal Singers are Able to Scream Without Damaging Their Vocal Cords
0 -
Jack Daniels Releases Single Barrel Whiskey in Honor of Motörhead
0 -
Teenage Environmental Activist Greta Thunberg’s UN Speech Turned into a Swedish Death Metal Song
0 -
Deicide’s Glen Benton Sells Out, Tells Fans to Stop Moshing So Violently
0 -
Worst Year Ever: All of Our 2012 Year-End Sh*t in One Place