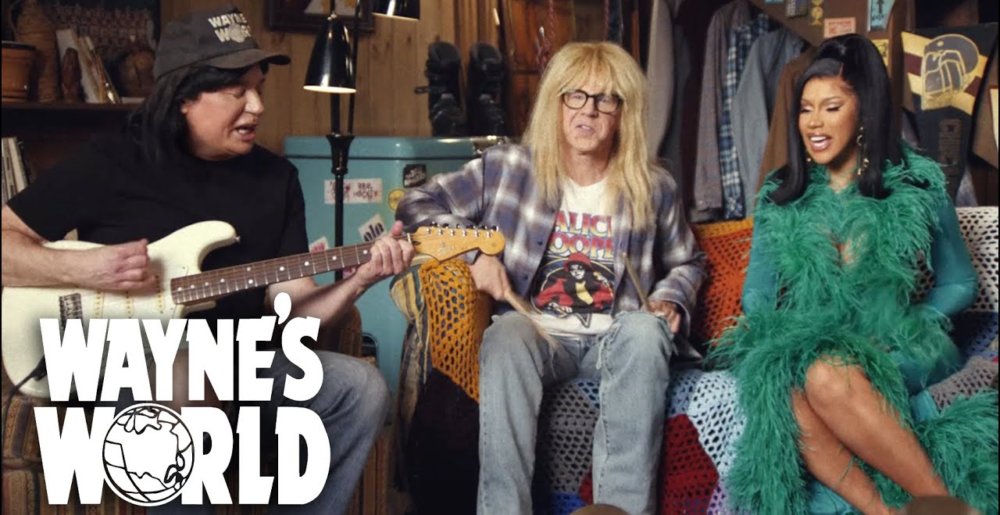 Mike Myers and Dana Carvey have reprised their long-running roles as lovable heshers Wayne and Garth for a new advertisement that will air during the Super Bowl this coming Sunday, February 7.

The ad, which is for Uber Eats, brings in Cardi B for the obligatory celeb cameo under the clip’s running gag that Wayne and Garth would never, no way no how, sell out.

Have a watch below. You can also check out a teaser for the spot that came out earlier this week, also featuring Wayne and Garth’s infamous antics.

Sponsored Links from Across the Internet
Show Comments
Related Articles
Metal in the Media 0
Excellent: Mike Myers and Dana Carvey Are Pals Again
February 12th, 2022 at 9:23am Emperor Rhombus

Plenty of metal-themed costume ideas of both the store-bought and home-made variety for budgets big and small.

Metal Sucks Greatest Hits
0 -
Missed Connections: You Puked at the Ulcerate Show (M4M – Brooklyn, NY)
0 -
Students at British School Sing Iron Maiden’s “Flight of Icarus”
1510 -
The Top 15 Reasons that Metallica are the Yankees of Metal
0 -
Footnotes: A Handy Catalog of Every Song from Which Avenged Sevenfold’s Hail to the King “Borrows”
0 -
The Black Dahlia Murder’s Trevor Strnad Rants Against Music Pirates
0 -
BREAKING: Some Local Band Called Shrapnel are Tired of You Leaving the Show Before Their Set