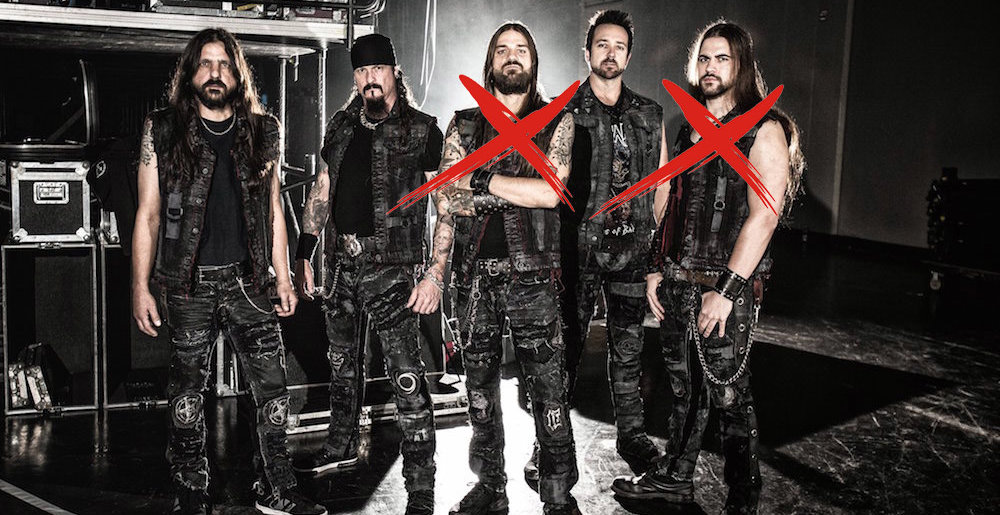 Appleton, like Block, does not make specific reference to the fact that Iced Earth guitarist/songwriter/mastermind Jon Schaffer has been arrested for participating in last month’s seditious riot at the Capitol, referring instead only to “recent events and circumstances” as the cause for his departure.

Says Appleton in a statement:

“In response to recent events & circumstances, I have notified Iced Earth’s management and Jon that I will be resigning as the Iced Earth bassist with immediate effect.

“I would like to thank everyone who has sent me their support and love during this difficult time. Thank you!!!

This leaves guitarist Jake Dreyer and drummer Brent Smedley as the remaining members of Iced Earth, at least for now. Dreyer’s other band, Witherfall, will release a new, Schaffer-produced album, Curse of Autumn, next month.

When word of Schaffer’s involvement in the Capitol riots first spread, his bandmates in Iced Earth issued a collective statement distancing themselves from the violence, but stopping short of publicly disagreeing with his political views.

Appleton and Block are just the latest musicians to cut ties with Schaffer, after Hansi Kürsch, who quit Demons & Wizards earlier this month.

Schaffer was arrested in Columbus, IN on January 17. As of Friday, January 29, Schaffer was being held in Marion County Jail in Indianapolis, IN, awaiting extradition to Washington, D.C.

Metal Sucks Greatest Hits
0 -
What if Black and Death Metal Albums Were Children’s Books?
0 -
Rigged: Testament Guitarist Alex Skolnick
0 -
Exclusive Interview: John Baizley of Baroness on the Bus Crash, Recovery and the Future
0 -
New Candidate for Most Metal Wedding Ever: Bride and Groom Shred Down the Aisle
0 -
Has Moshing Turned Into a Form of Bullying?
3520 -
RIGHT NOW: MetalSucks & Metal Injection Live Snark The Big Four!!!