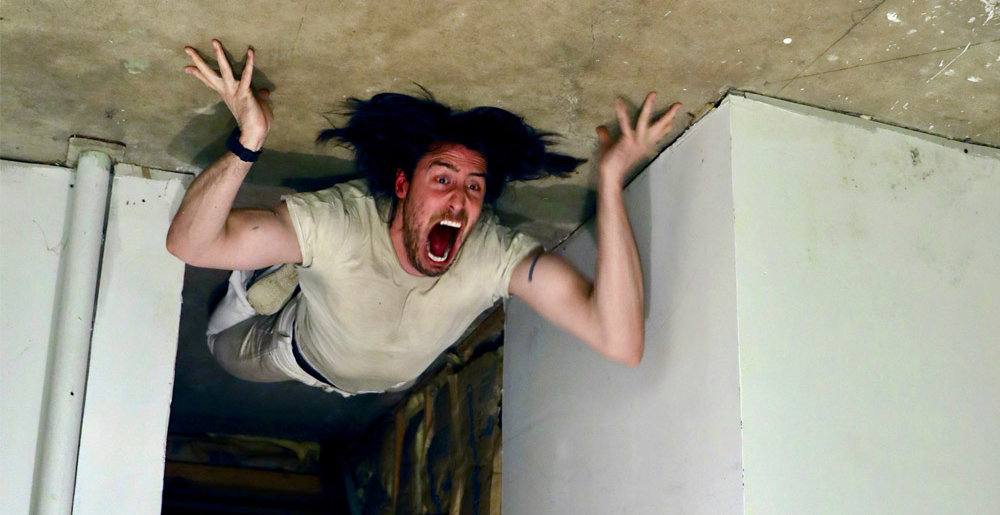 Man, you know shit is bleak when even Andrew W.K. can’t find the internal fortitude to put on a happy face and party hard.

The singer/songwriter/multi-instrumentalist/perpetual cruise director has released a new single and music video, “Babalon,” and it’s not the keg stand anthem you may have come to expect from him. A press release accurately describes the main riff as “sinister.” There are power metal influences and King Diamond falsettos and lyrics about “the sanctified whore” and turning Andrew to dust. The video begins with a disclaimer making it clear that Andrew W.K. “in no way endorses a belief in evil.”

But y’know what? I think the song is fucking EXCELLENT. If this is Mr. W.K. feeling a bit downtrodden, I’m totally cool with it.

In a statement, Michael R.C., the conceptual director for the “Babalon” music video, further highlights that this isn’t your daddy’s Andrew W.K., while also stoking the fires of the ongoing conspiracy theory surrounding The Man in White:

“With ‘Babalon’, we wanted the audience to slink back down Andrew’s tower and storm the gateway to the city of pyramids with him, or someone who looks like him. We had all been working really hard to lay thee gagging monster down, so it would dwell forever in the chasm of frivolous forming. All these images come from there, from where it’s going. That’s where we put Andrew.”

So it’s a happy little ditty.

Check out “Babalon” via its music video below. If you wanna purchase a copy or get a link to stream it via your DSP of choice, you can do so here.

According to Donald Tardy, the swamp metal masters owe a tribute to the Party God.