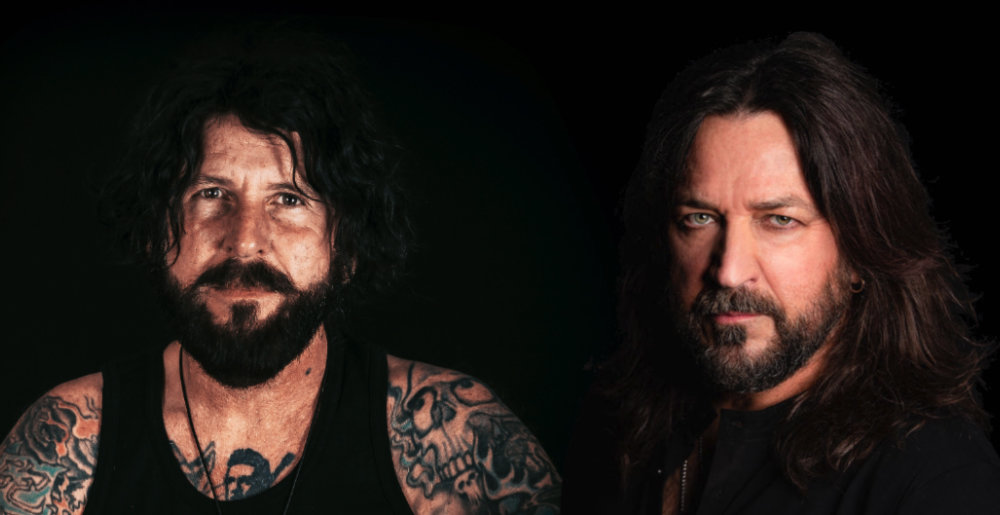 Sunbomb, the much-ballyhooed team-up between L.A. Guns guitarist/namesake Tracii Guns and Stryper frontman/Cardi B aficionado Michael Sweet, have at last announced details of their debut outing.

It’ll be called Evil and Divine, and is set for release on May 14 via Frontiers Music Srl.

They’ve also released the first single from the album, “No Tomorrows.” And while we’ve already established that early talk of Sunbomb being a black metal project may have been, er, exaggerated, “No Tomorrows” is very much a power metal song with a heavy NWOBHM influence.

It is, in other words, a far cry from the more glam metal-ish work for which these dudes are known (although Guns has had a more musically diverse output than he gets credit for), and worth a listen even if you’ve not traditionally enjoyed their work before (I, for example, have never been a Stryper fan). It’s stupid catchy; I’m guessing there are people who might never give it a chance that would love the same exact song if it had been released by Iron Maiden. Just a hunch.

Says Guns of Evil and Divine:

“Sunbomb was an idea, then an experiment. When I heard the first vocal completed I was blown away by Michael’s voice. It’s an exciting album!”

“I have never felt so blessed not to be Ted Cruz as I do this week.”

“Hard to believe that I met Tracii for the first time just a few years ago. We hit it off right away and we obviously share the same love for metal. Tracii sent me a song and I loved the vibe and then he eventually asked me to sing on the entire album. What I love about it is it’s definitely different not only for me, but for Tracii as well. I think fans will love this album and although it’s reminiscent of some of the greatest metal bands of the past, it also has a fresh spin to it. I can’t wait for everyone to hear it! I’m honored to be a part of it.”

Check out “No Tomorrows” below. Pre-order/pre-save Evil and Divine here. Drums on the album were handled by Tracii’s old L.A. Guns bandmate, Adam Hamilton, and bass was handled by Mitch Davis, with the exception of the track “They Fought,” which features current L.A. Guns bassist Johnny Martin.

But the duo still “love each other.”