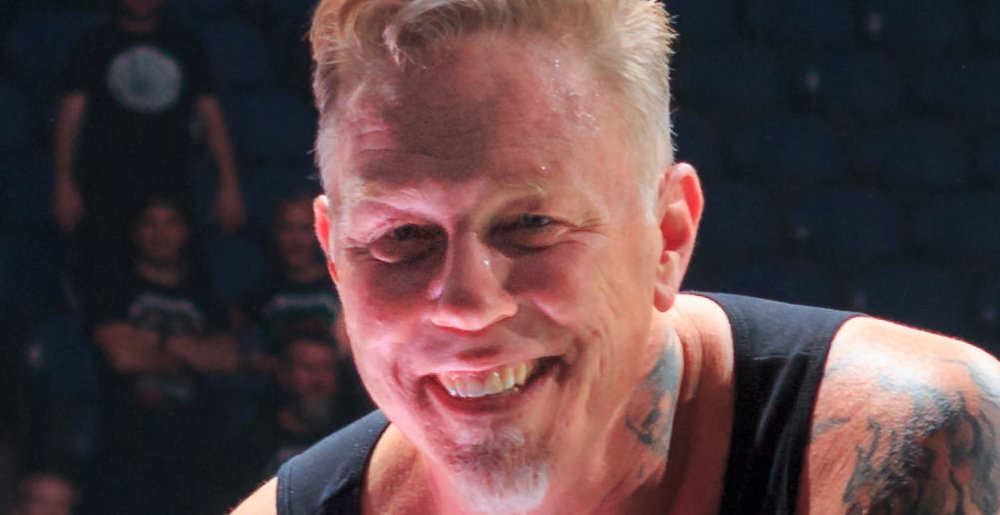 Every Time James Hetfield Laughs in a Metallica Song

Metallica frontman James Hetfield isn’t quite as famous for his laughs as he is for his use of the word “YEAH!” But if you think about it for a sec, you will realize that he does, indeed, tend to pepper his performances with sinister chuckles.

Need proof? YouTube user Blood_Doom has helpfully gone through Metallica’s entire discography and collected all of Papa Het’s malevolent giggles into one video. So THANK CHRIST that’s been taken care of.

You can check out the video below. It’s actually a few years old but the magic algorithm just brought it to my attention so. Here we are.

Metallica will be the featured musical guests on an episode of The Late Show with Steven Colbert set to this Wednesday, March 3. The broadcast begins at 11:35pm EST on CBS.

Metallica previously joined Colbert just a few weeks ago on a special edition of the show that aired directly after the Super Bowl. The band’s set was pre-recorded from an undisclosed location in the Bay Area, and featured a number of custom amplifier cabinets in the background. You can catch up on their performance of “Enter Sandman” at the bottom of this post, in case you missed it.

Metallica are currently deep into “some pretty serious writing” for their next album. After first floating the idea of working on new music while under quarantine in April, by June Lars Ulrich had revealed that Metallica were, indeed, in writing mode. James and Rob have both said they’ve been busy working on new songs, too, and Kirk Hammett has trumpeted the fact that he has over 600 song ideas recorded (after infamously losing his cell phone with 300+ ideas prior to the sessions for the band’s last album, Hardwired… To Self-Destruct). The band were having some technical issues collaborating over the internet and were looking into doing so in-person in a bubble last they checked in, but that was months ago already, and Lars recently revealed that new material was coming along at a “glacial” pace.

Otherwise, Metallica have managed to stay very busy during the pandemic, racking up over a billion Spotify streams in 2020 alone. In May, they released a semi-acoustic, reimagined version of “Blackened.” Then, in August, they hosted a pre-recorded drive-in concert at hundreds of outdoor movie theaters and released a recording of last year’s S&M2 concert. A re-worked version of “Nothing Else Matters” is scheduled to appear in Disney’s upcoming Jungle Cruise movie starring The Rock and Emily Blunt. And the band hosted a virtual charity concert in November to benefit their All Within My Hands foundation, raising over $1.3 million.